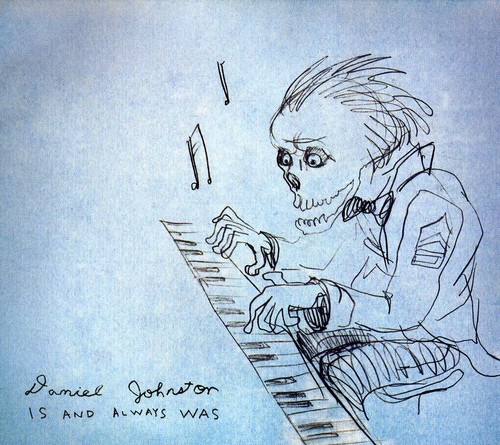 Is and Always Was
Artist: Daniel Johnston
Format: CD
New: Not in stock
Wish

The underground appeal of Daniel Johnston is once again on the rise in the 21st Century. In the1980s his music and personality gained acknowledgment among a wide range of fans including folk enthusiasts, punks, hippies, religious fanatics, and anyone with alternative leniencies for his confounding ability to capture attention with seemingly little talent. Now he has teamed with acclaimed musician and producer Jason Falkner for the release of Is And Always Was. Daniel Johnston's past few efforts have seen a shift away from the haunting lo-fi recordings that define him and a step forward into the studio.