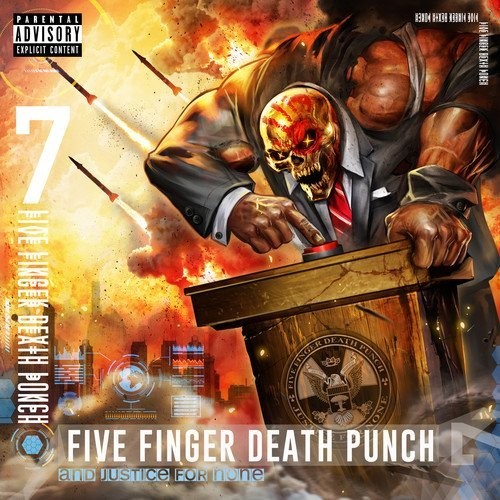 Indie Exclusive, Limited Edition, 3 Bonus Tracks, Signed by Five Finger Death Punch. 7th full length studio album from Five Finger Death Punch features their smash cover of The Offspring's "Gone Away" alongside such rock radio staples as "Sham-Pain, " "When The Seasons Change, " "Blue On Black" and "I Refuse." Since their emergence in 2007, 5FDP has achieved six consecutive 2 RIAA Platinum-certified and 4 RIAA Gold-certified albums, while at the same time being one of the top rock streaming acts globally. They frequently play all major festivals and sell out arenas around the globe to countless screaming "Knuckleheads." Their 2018 offering raises the bar once again. The deluxe CD album features 3 additional songs, including the 2017 rock radio hit, "Trouble." This unique version of the deluxe CD will be available for a limited time and is signed by thee band.