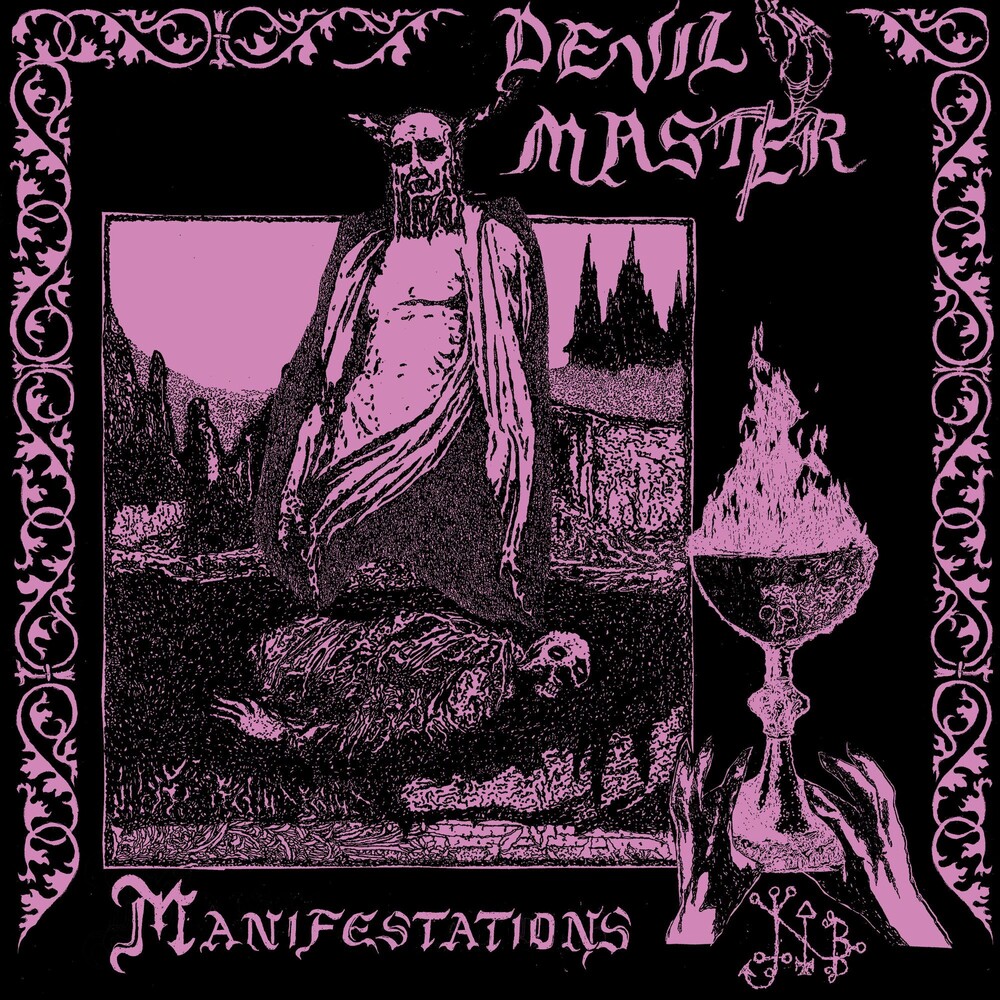 Philadelphia's Devil Master have been spitting in the face of convention since forming in 2016 with their raw, twisted brand of death rock meets black metal punk mayhem. Manifestations is a compilation of Devil Master's full catalog, two sold out demos from 2016 & 2017 (S/T & Inhabit the Corpse); remixed, remastered, and sounding more malevolent than before; plus available on vinyl together for the first time. The vinyl version of the self-titled demo was originally released on America's Leather Doomsday Records followed by both being pressed by Germany's Erste Theke Tonträger.