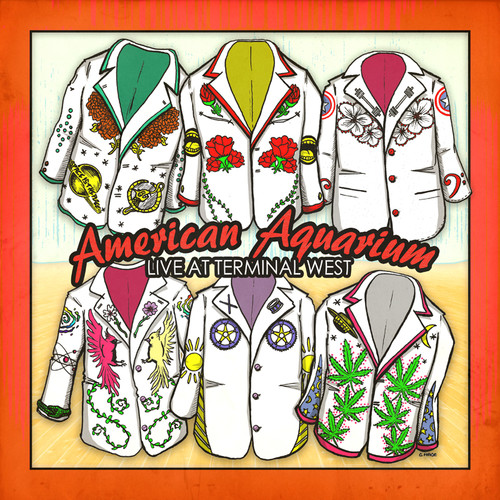 2016 live release. Road warriors for the better part of a decade now, American Aquarium shine a light on their career-making stage show with Live at Terminal West. Mixed by bandmates Ryan Johnson and Whit Wright, the concert album captures a rowdy show at Terminal West Atlanta in late 2015, over Thanksgiving weekend. Those Thanksgiving gigs in Atlanta have become an annual tradition for Raleigh-based American Aquarium, a rock/alt-country band whose six members regularly play more than 200 shows per year. Proudly independent, they've chased down success on their own terms, creating a strong bond not with the executives of a traditional record deal, but with the members of a supportive audience that stretches from coast to coast.