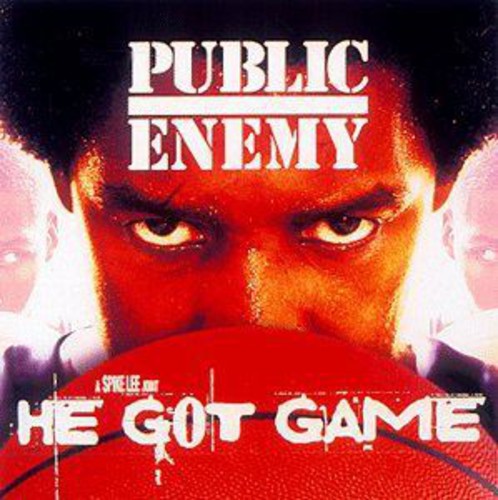 Double vinyl LP pressing. He Got Game is a soundtrack and sixth studio album by American hip hop group Public Enemy. It was released as the soundtrack to Spike Lee's 1998 film of the same name and was the group's last album for Def Jam. After a four-year hiatus by the group, Professor Griff and The Bomb Squad reunited with Public Enemy for the album, which features political, sports-derived imagery by Chuck D. This album has pure energy, pure lyrics, pure beats while maintain that classic Public Enemy sound. He Got Game was produced by members of the Bomb Squad, along with producers Abnes Dubose, Danny Saber, D. R. Period, and Jack Dangers.