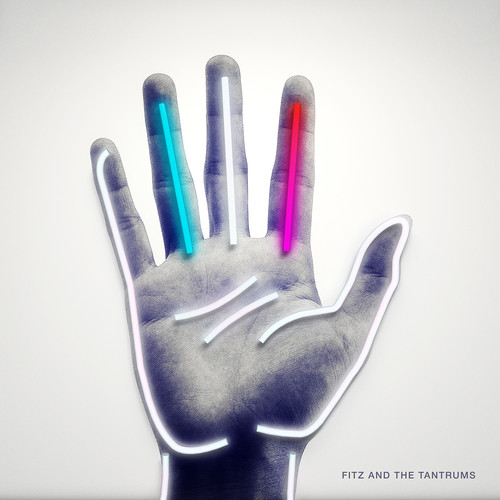 Fitz and the Tantrums
Artist: Fitz And The Tantrums
Format: CD
New: Not in stock
Wish

Fitz and The Tantrums' natural exuberance permeates their new self-titled album, which celebrates walking to the beat of your own drum. Lead singer, Michael Fitzpatrick, says of new record, "We've always tried to push ourselves at every turn. For our third album, we continued to challenge ourselves, taking care not to write the same record again." "Turn It Up," Fitz exhorts at the top of album opener and first single "HandClap." The horn-and-beats fueled track captures the exhilarating sense of promise - and danger - that a night out and a new romance hold. The staccato "Complicated" paints a relationship that's packed with both chemistry and conflict and bursts into an unexpected cheer. Echo and otherworldly keyboards make "Tricky" an intoxicating dance-floor anthem and a warning to any future lover, while "A Place For Us," the album closer, encapsulates the band's belief that there is a place in the world for each of us to belong, regardless of our differences.

"Overall, this is an album about desire - the desire for intimacy, for sex, for acceptance on your own terms and the struggle not to compromise," explains Fitz.
Fitz and The Tantrums was recorded in the band's hometown of Los Angeles. Jesse Shatkin (Sia, Matt & Kim) produced eight of the album's eleven tracks. Fitz produced "Fadeback" while Joel Little (Lorde) produced "Do What You Want" and Ricky Reed (Jessie J) helmed "HandClap."