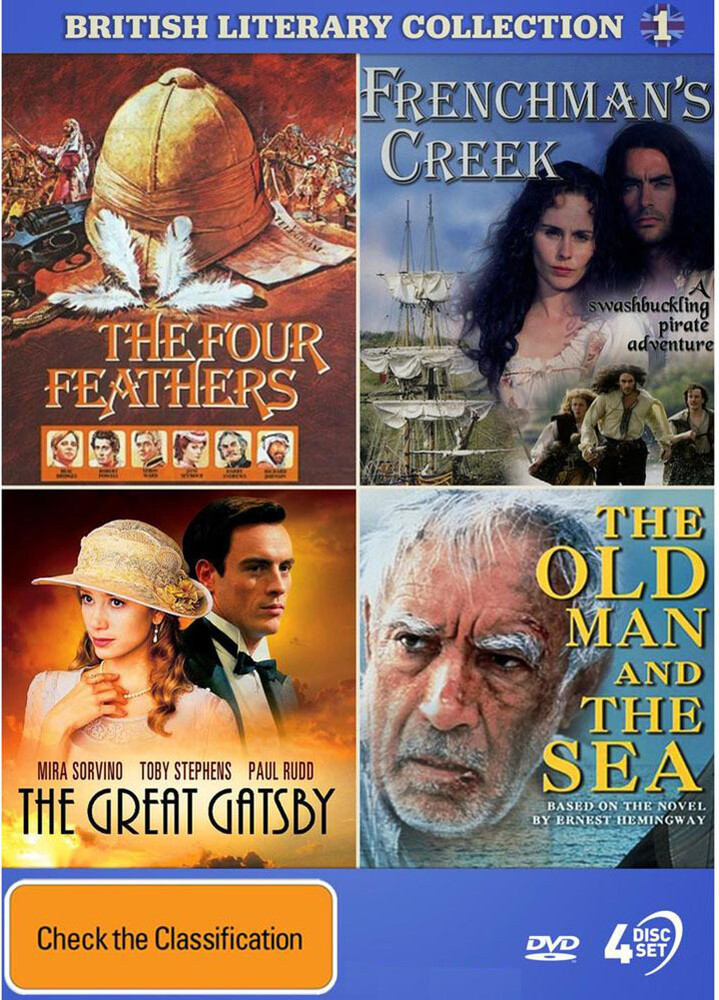 The Four Feathers: Handsome cavalry lieutenant Harry Feversham dishonours his regiment and loses his fiancĂ©e, the beautiful Ethne Eustace. To regain his honour and his love, he follows his regiment as an Arab to join the conflict - but treachery isn't far away... Starring BEAU BRIDGES, ROBERT POWELL and JANE SEYMOUR and based on the A.E.W. MASON novel. The Frenchman's Creek: Swashbuckling action and romance combine in this adaptation of Daphne du Maurier's famous and enduring historical novel, from the producers of the award-winning Rebecca. Tara Fitzgerald (The Woman In White, Brassed Off) stars as the wealthy Dona who leaves the corrupt sophistication of London to seek peace and solitude in the family home in Cornwall. She discovers that French pirates are marauding the local community and that her home is being used by one pirate in particular (Anthony Delon), with whom she finds herself falling in love. The Great Gatsby: Mira Sorvino, Toby Stephens and Paul Rudd head a prestigious cast in this sumptuous adaptation of F. Scott Fitzgerald's classic novel of doomed love and ambition, set in the high society of 1920s New York. The Old Man & The Sea: A stunning dramatization of Ernest Hemingway's epic struggle between man and nature. ANTHONY QUINN stars as the Cuban fisherman Santiago whose encounter with a giant marlin becomes a fight for survival as a band of sharks move in for the kill. Filmed on location in the British Virgin Islands, with special effects provided by Pinewood Studios, The Old Man And The Sea combines action-packed excitement with outstanding human drama.