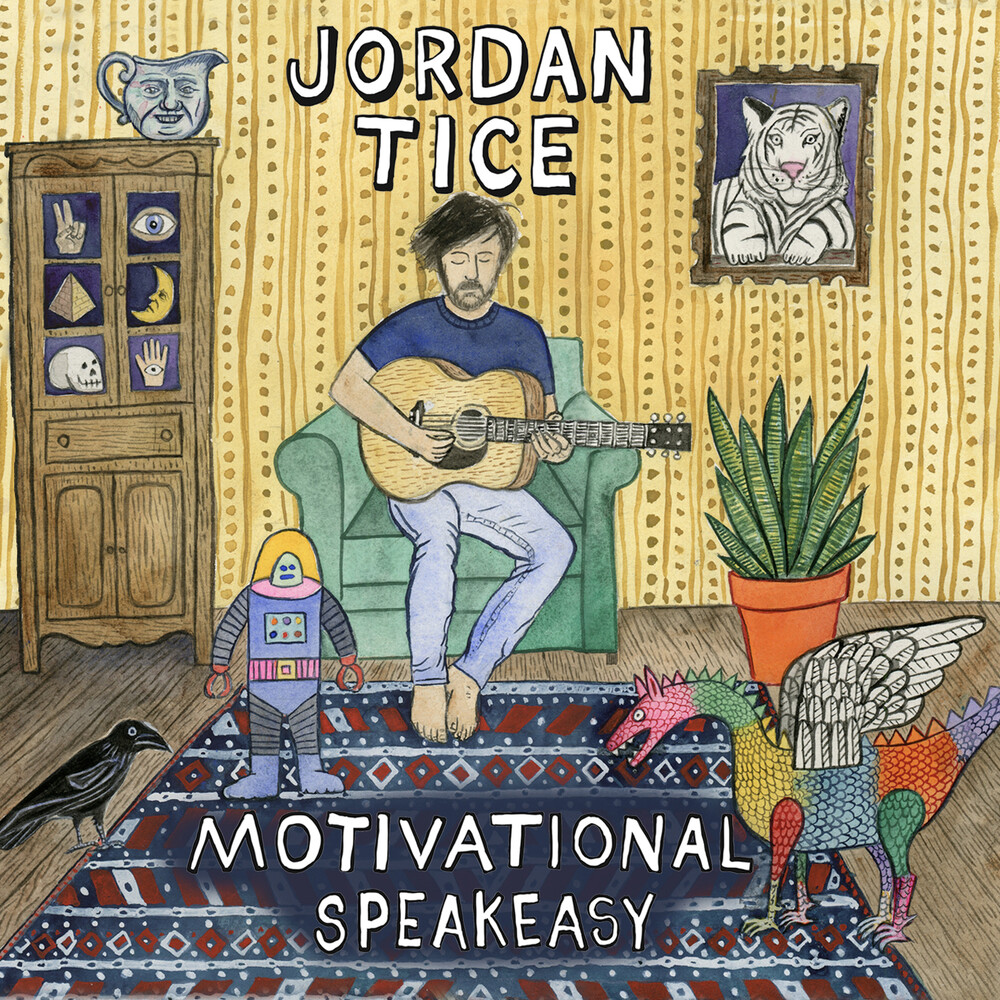 2020 release. On his fifth record, singer-songwriter/guitarist, Jordan Tice breaks it down to just his voice and acoustic guitar. He combines witty musings on life, relationships, and time with his deft finger-picking acoustic guitar skills for a fresh take on a classic medium. Produced by Kenneth Pattengale (of The Milk Carton Kids). Motivational Speakeasy contains evidence of a variety of influences. From the classic to the dissonant to the philosophical, Tice spins his influences into a variety of highly personal, well-crafted songs. In addition, the album contains three instrumental tracks where Tice showcases his narrative guitar-playing and composing with performances that range from British Isles inspired wistfulness ("Stratford Waltz") to quirky ragtime ("Bachelorette Party", "Ghost Story"). Folk fans might recognize Jordan Tice as a member of the bluegrass supergroup, Hawktail, as well as his work with guitarist Dave Rawlings and comedian, Steve Martin.
back to top