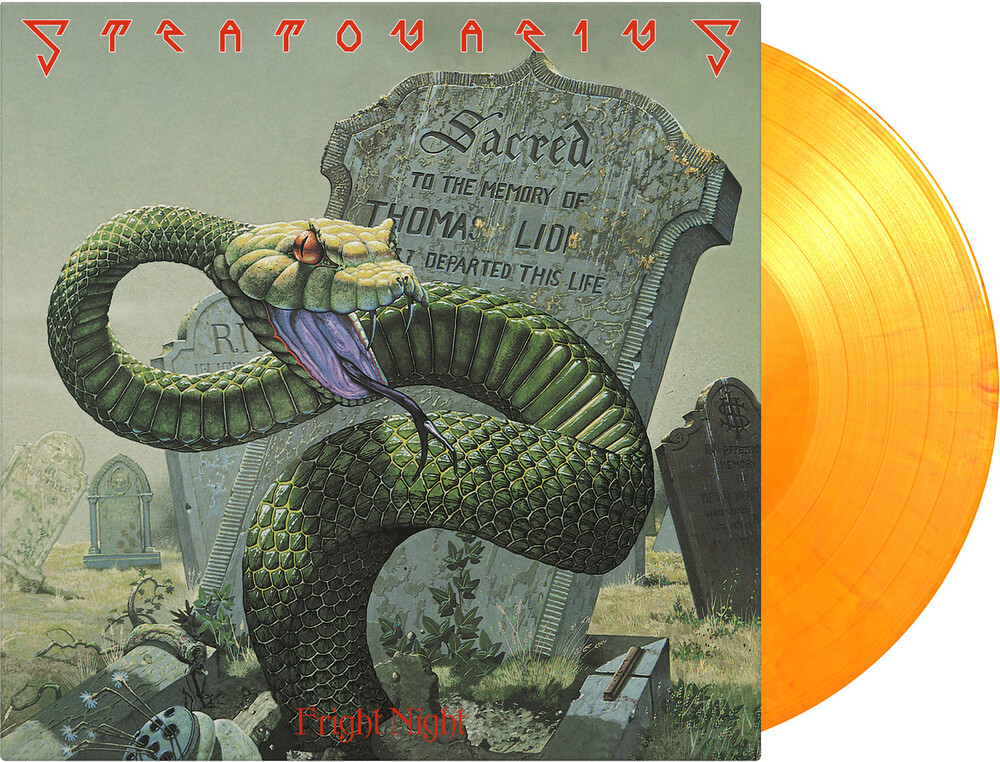 Fright Night is the debut album by Finnish power metal band Stratovarius, featuring the singles 'Future Shock', 'WitchHunt', 'Black Night' and 'Night Screamer'. The band was formed in 1982 and released since fifteen studio albums. Fright Night is considered by several critics as an important element of their discography, it displayed great expectations for the future. The album was solely written by founding guitarist Timo Tolkki, who left the band in 2008. Now, Fright Night, is available as a limited edition of 1000 individually numbered copies on flaming coloured vinyl and comes with an insert.
back to top