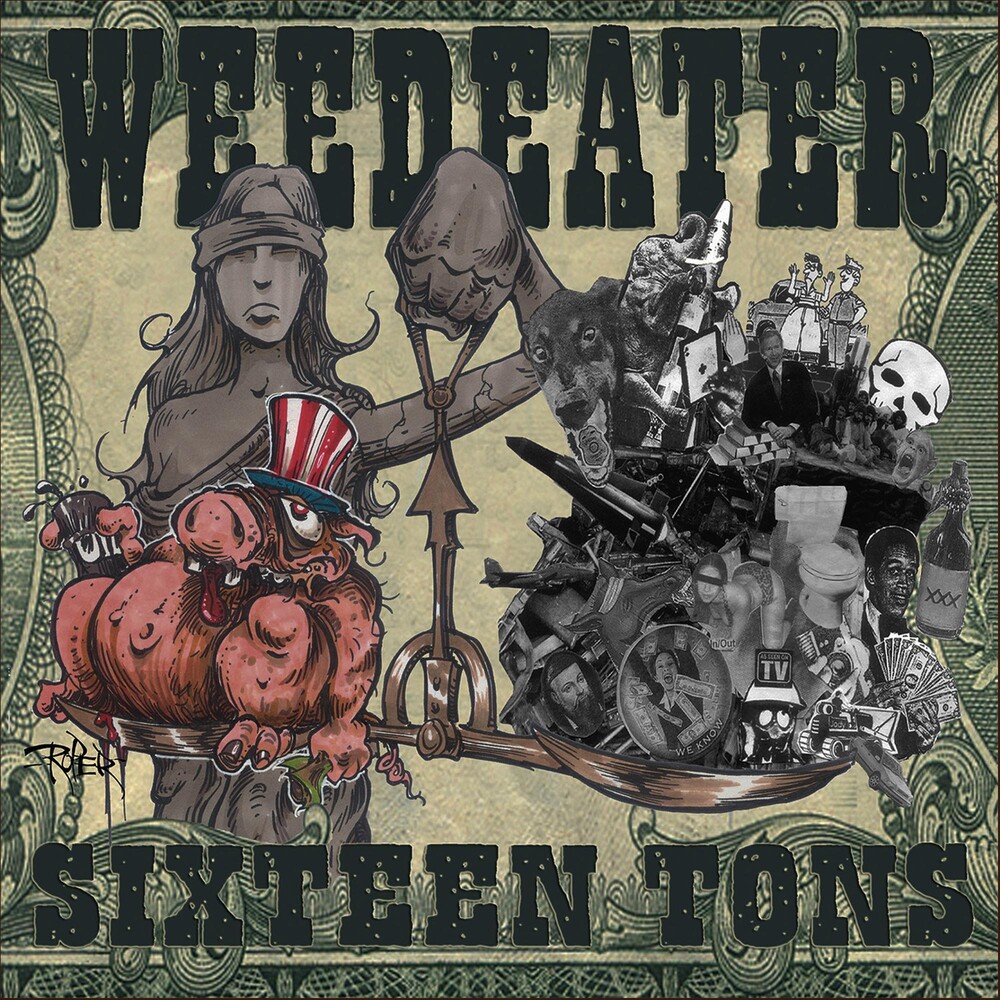 Limited white colored vinyl LP pressing. Cape Fear's own Weedeater - featuring the notorious "Dixie" Dave Collins, formerly of Bongzilla and Buzzoven - are like no other heavy band. With a style and presence that is unfiltered, unrefined, and unruly, the notorious North Carolina trio have burned through the heavy rock underground for over twenty years and released five albums along the way including... And Justice For Y'All (2001), Sixteen Tons (2003), God Luck And Good Speed (2007), Jason... The Dragon (2011) and Goliathan (2015). Following their massive 2001 debut, the crushing Sixteen Tons kept the buzz growing, while critics were still struggling to put a tag on their sound. Nearly everybody agreed that stoner rock, doom, sludge and some crusty elements were part of the mix, which the band simply calls "weed metal." Produced by renowned engineer Billy Anderson (Eyehategod, Neurosis), Sixteen Tons is reissued here on colored vinyl LP with gatefold packaging via Season of Mist.
back to top