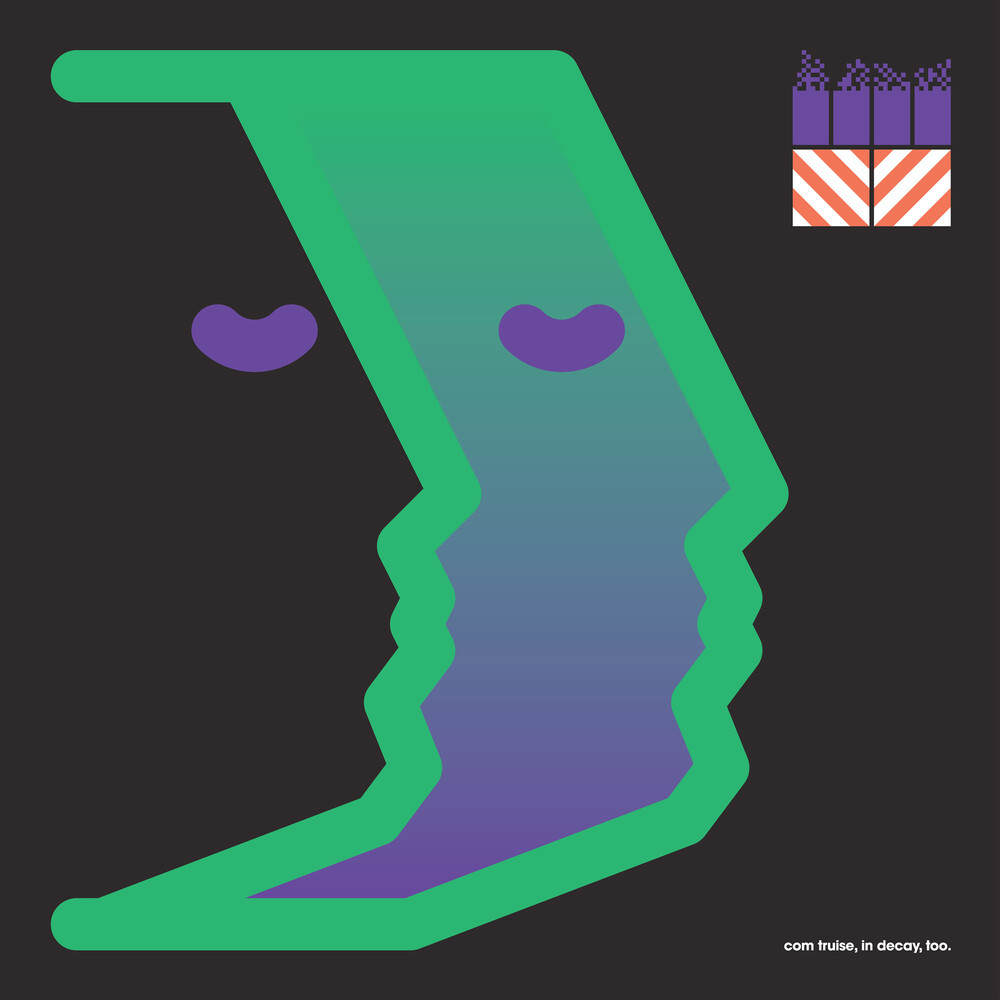 Double vinyl LP pressing. In Decay is a compilation album by American electronic musician Seth Haley's project Com Truise, originally released in 2012. The record is a collection of tracks that, before it's release, were only available as demos found on Haley's internet mixtape series Komputer Kasts and his SoundCloud account. These early tracks, some of which were produced before the release of Cyanide Sisters (2010), showcase Haley exploring an electropop funk music sound that would later come to define the Com Truise project.