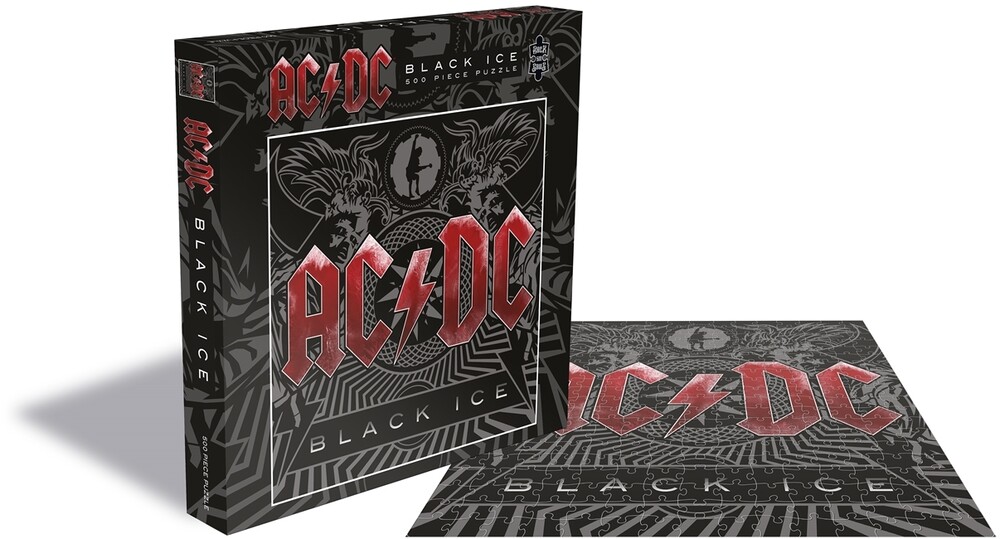 Black Ice is the 15th studio album by Australian hard rock band AC/DC. Released internationally on 20 October 2008, it was produced by Brendan O'Brien. It marked the band's first original recordings since 2000's Stiff Upper Lip, with the eight-year gap being the longest between AC/DC's successive studio albums. Black Ice is the final album to feature the Back in Black-era lineup of the band, with founding rhythm guitarist Malcolm Young leaving the band in September 2014 after being diagnosed with dementia, eventually dying from the illness in 2017. The cover art of Black Ice was drawn by Joshua Marc Levy, art director for Columbia and a long-time fan of the band who volunteered for the project among "many people at Sony who desired to work on it". This iconic artwork is now available as a 500-piece jigsaw puzzle printed on high quality board.500 pieces, Weight: 490g, Jigsaw size: 41 cm x 41 cm, Box size: 30.9cm x 30.9cm x 2.8cm