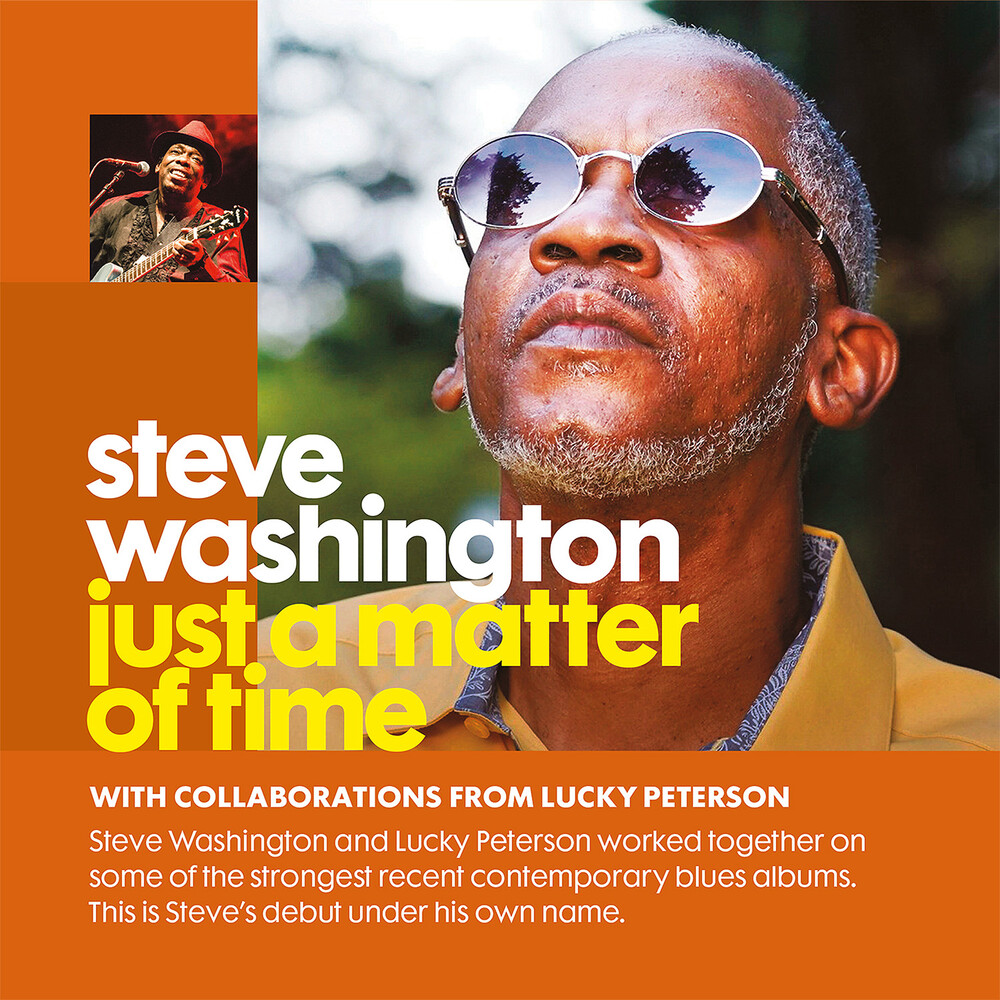 Lucky Peterson sings on two tracks and contributes a keyboard instrumental as well. He was Steve Washington's biggest advocate and was working on this record with Steve right up to the day before he passed away on May 17, 2020 in Dallas, Texas.'Steve Washington is a superbly talented songwriter, producer and arranger who has created a string of stunning albums for me with Lucky Peterson and Lucky's wife Tamara Tramell Peterson. Real music of today that is contemporary, but also proudly displays it's roots.Now Steve comes out of the 'credits' section of the album package to present his own music. His own unique mix of blues, soul and southern funk which I know will have the critics struggling to categorize. Indeed, if you have picked this album up in a record store there are several 'sections' it might have been displayed in! But the measure of artistry is how the different strands and influences come together to make a whole and this album does that wonderfully well.On this album are the last recordings of the legend that will always be Lucky Peterson. Lucky was determined to help launch Steve's solo career, and this album will also be known as Steve Washington's first recordings. That's fitting, as their collaborations and partnership produced a set of genuinely creative and important recordings. But it's now Steve's musical journey that we will be following. This will be interesting...'
back to top