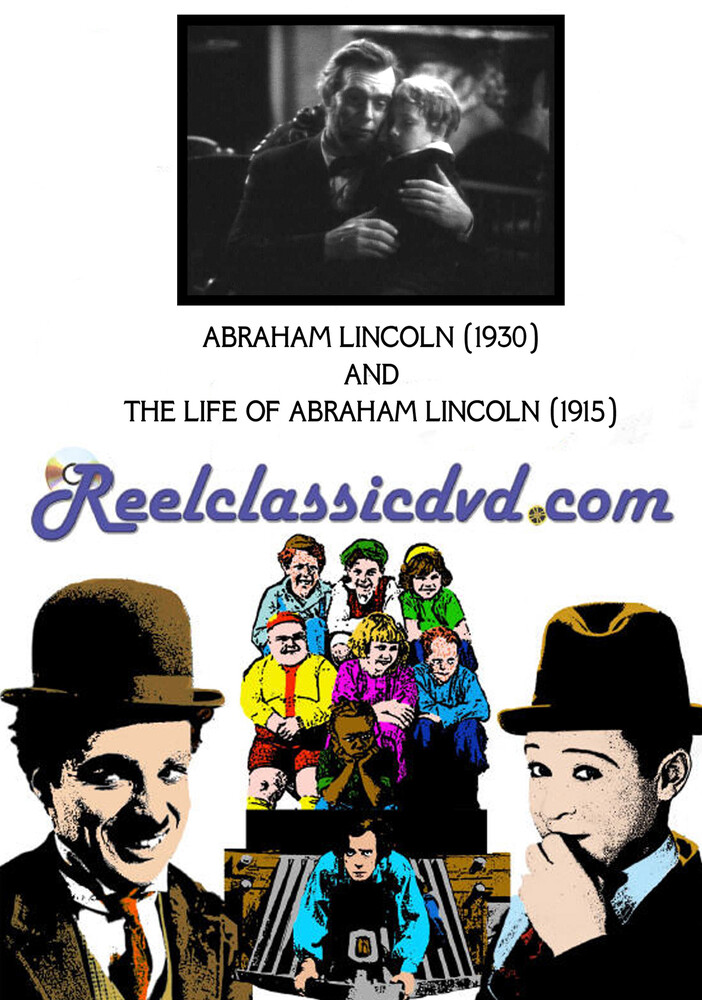 ABRAHAM LINCOLN starring Walter Huston, Kay Hammond, Una Merkel and Ian Keith. Directed D.W. Griffith. The life of the famous American President from his roots as a poor railsplitter to his tragic assassination. One of only two sound features directed by Griffith, this feature is often unjustly overlooked. Griffith, even at this primitive stage of the evolution of "talkies", proves that he has a firm grasp on the concept of sound and uses it to his advantage. He successfully marries dialogue with his great silent techniques. The brilliant photography, the set pieces, the bits of comedy, even the epic battle scenes are all here exhibiting the master's touch. Add the magnificent performance by Walter Huston as Lincoln and you have a wonderful, entertaining and moving film. THE LIFE OF ABRAHAM LINCOLN (1915) starring Frank McGlynn. This silent film produced by Thomas Edison portrays the life of Lincoln through a series of vignettes. We see his courtship and marriage, his rise in politics, the famous address at Gettysburg and, of course, his assassination at the hands of John Wilkes Booth. THE LIFE OF ABRAHAM LINCOLN is a silent film with a new violin score performed and improvised by Ted The Fiddler!