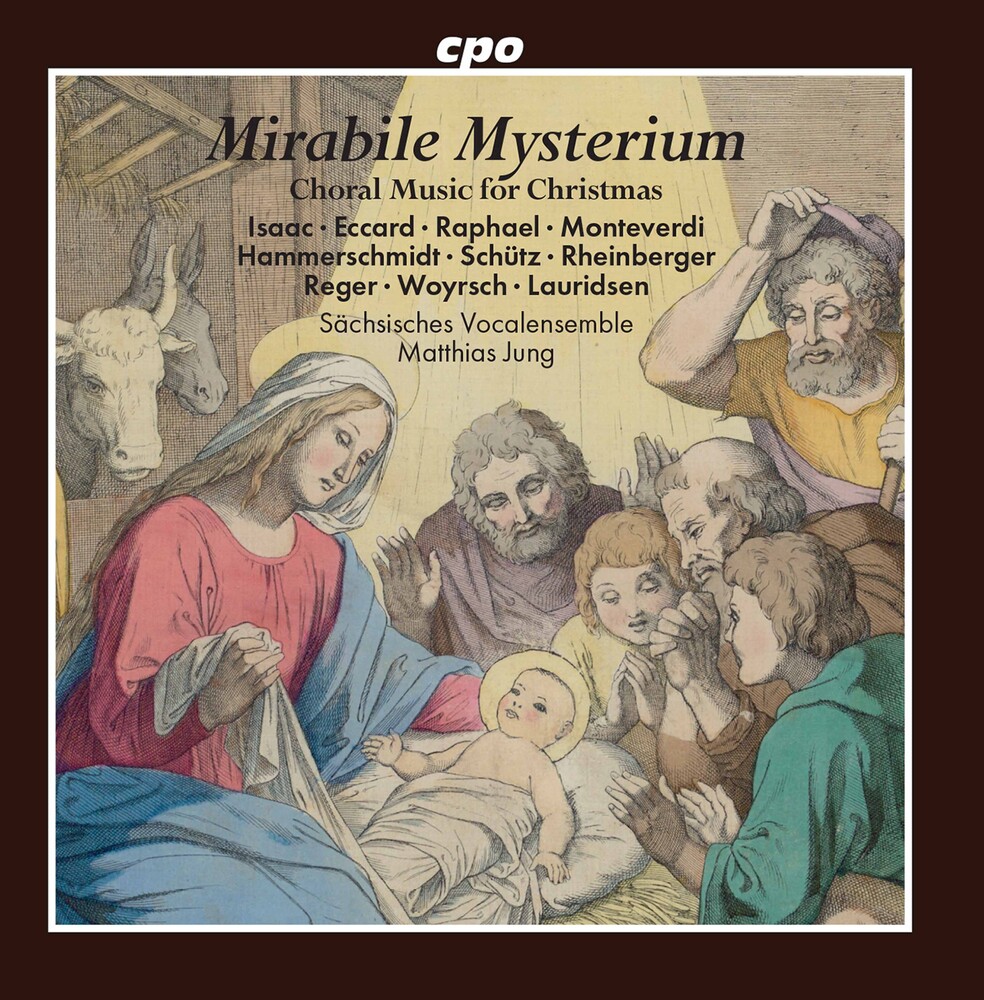 The title of the present selection of choral music from various countries and epochs, Mirabile Mysterium (Latin for "Wondrous / Astonishing Mystery"), refers to the birth of Jesus Christ, by which nothing less than the incarnation of God is meant: out of love God renounces his almighty power and becomes a weak human being who like us is subject to suffering and death. Spiritual consideration of this mystery of faith, which the whole of Christendom celebrates every year at Christmas, has inspired composers of various religious persuasions to write very special works. Along with the works specifically concerning themselves with the Christmas event and qualifying as Christmas songs in the stricter sense of the term, we also find, primarily at the beginning of the program, some genuine Advent songs. Even during what for Christians were pagan times, the word adventus (Latin for "arrival") designated both the visit of a human ruler and the presence of a deity in his temple. As in the case of the visit of a state dignitary, certain spiritual exercises were undertaken in preparation for the visit of a god. As a result, the idea that an event begins already with it's preparation was transferred to the spiritual sphere. The Church borrowed this concept for a period of inner reflection intended to convey an inkling of the incomprehensible gift granted to humankind in the miracle of Christmas. This program spanning six centuries offers us the opportunity to trace the history of the spiritual fusion of the Advent and Christmas seasons in music.