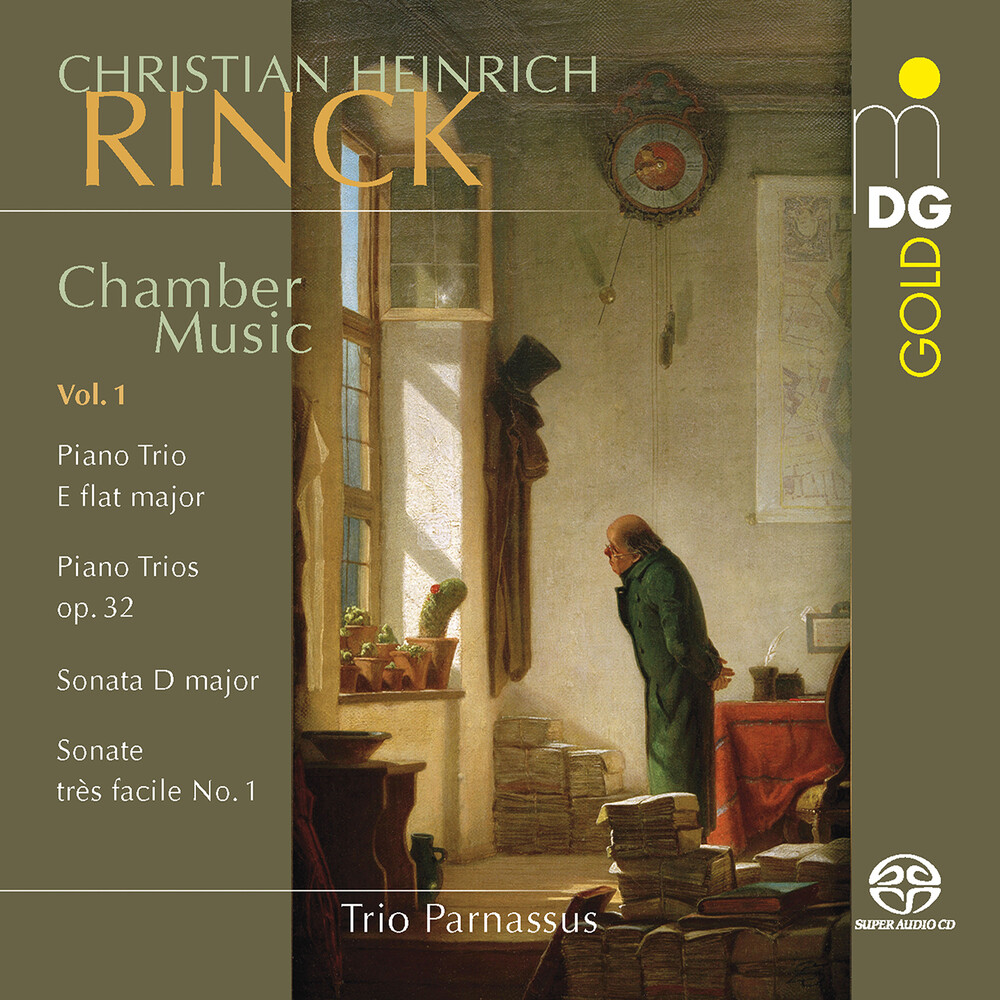 Beethoven is not the only one this year. Johann Christian Heinrich Rinck is also celebrating the 250th anniversary of his birth in 2020. During his lifetime Rinck was highly esteemed and showered with honors, but today his music has been almost completely forgotten. The Trio Parnassus has explored Rinck's choice oeuvre for chamber music and discovered a composer who combines Rococo elegance with Romantic ideas in a most highly individual manner. Already the formal dimensions of Rinck's works show that he had an independent mind: each of the three Piano Trios op. 32 comprises only two movements, and the Sonata in D major for Piano Trio consists of a mere one movement. Ulrich Rasche has carefully reconstructed the lost cello part of the sonata on the basis of the piano part. Rinck was not one to brood while churning out themes and motifs; in what are often small dimensions he develops an airy lightness that nevertheless is repeatedly countered by surprising breaks. Perhaps it was this carefree attitude that led Rinck to assign the label "très facile" (very easy) to the violin sonata recorded here. In any event, it cannot have been the lack of demanding technique since both the pianist and the violinist repeatedly have their hands full, especially in the charming variation movement. Mozart is not far away in this early work. The concluding Trio in E flat major has three movements, which means that it is the one that corresponds the most to Classical ideas of form. With it's slow introduction and highly expressive harmonies, this mighty work comes very close to Beethoven's musical language. A welcome broadening of a musical horizon full of birthday surprises!