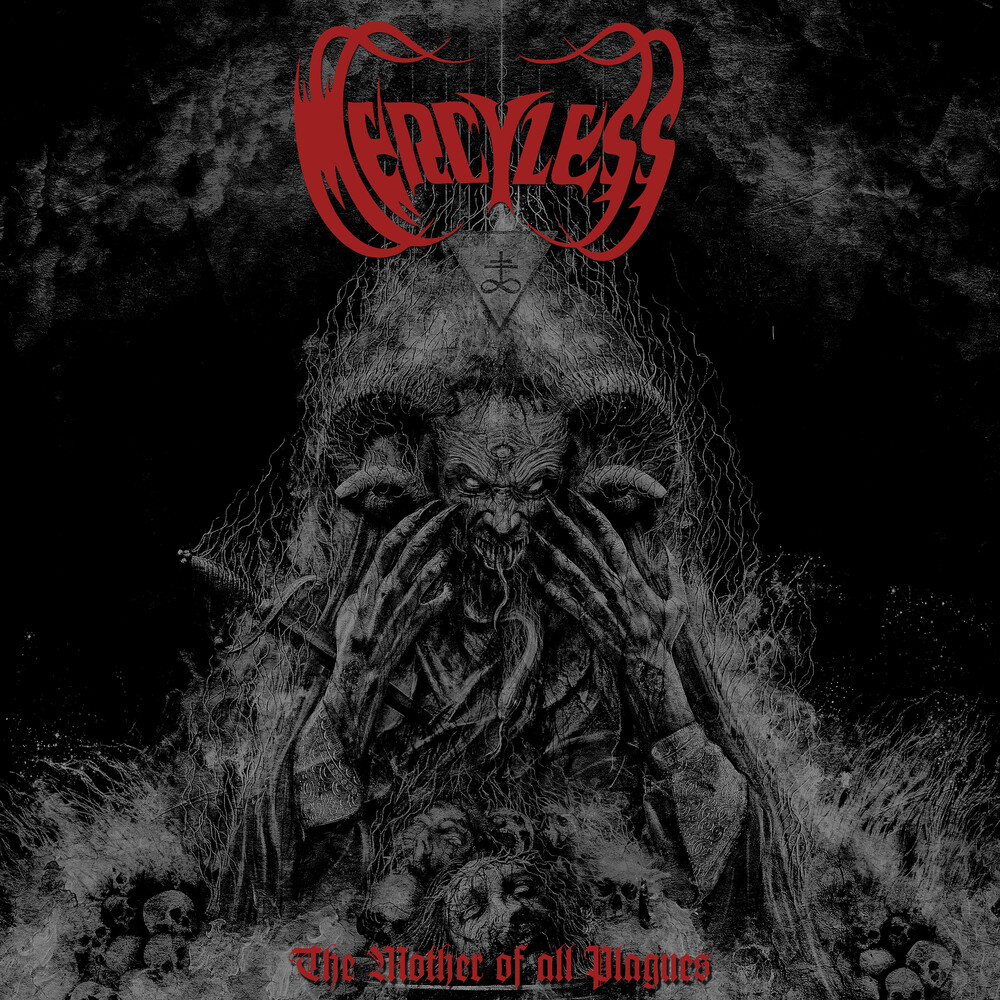 On the 33th year, the 7th gate opens, bastard son dies at last and Mercyless spits it's darkest album ever on the face of his p(ri)ests that contaminate mankind since way too long. Seventh album in 33 years, the aptly-titled "The Mother of All Plagues" amidst those troubled pandemia times even though it's been written and given it's title back in 2018 already, is the proof, if any was needed, that already deep in it's fourth decade, Mercyless still rages on, stronger than ever before, against the crucified one and the holy ghost, releasing their darkest and most hate-filled album ever ; most probably their best since cult 1992 debut "Abject Offerings"! Comparing religious belief to the infection of minds and the contagion spread by clergies to a plague, "The Mother of All Plagues" is standing fierce, proud to have been, equals to the horned one, banished from Heaven, calling on the infected masses to break their mental chains and bring back with them the severed head of their oppressor. Produced at VAMACARA studio (OTARGOS, LOUDBLAST, SAVAGE ANNIHILATION...), "The Mother of All Plagues" is darker and rawer than any of the band's previous releases, adding to the songs' oppressive and hateful feel, an even darker dimension, topping it all with outstanding artwork courtesy of Nestor AVALOS (BLOODBATH, DARK FUNERAL, BLUT AUS NORD...). Forever... rival of the Nazarene!
This website uses cookies to personalize content and analyse traffic in order to offer you a better experience.
I accept Learn More
back to top