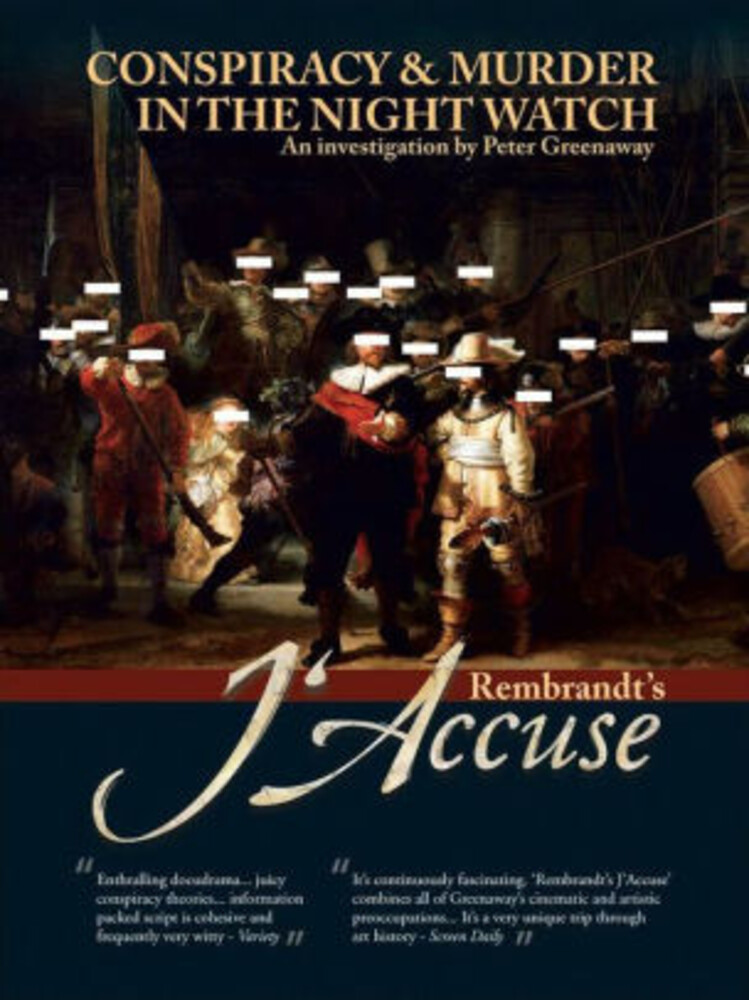 An 'essayistic' documentary in which director Peter Greenaway's fierce criticism of today's visual illiteracy is argued by means of a forensic search of Rembrandt's Nightwatch. Greenaway explains the background, the context, the conspiracy, the murder and the motives of all it's thirty-four painted characters who have conspired to kill for their combined self-advantage. Greenaway leads us through Rembrandt's paintings into seventeenth-century Amsterdam. He paints a world that is democratic in principle, but is almost entirely ruled by twelve families. The notion exists of these regents as charitable and compassionate entities. However, reality was different.