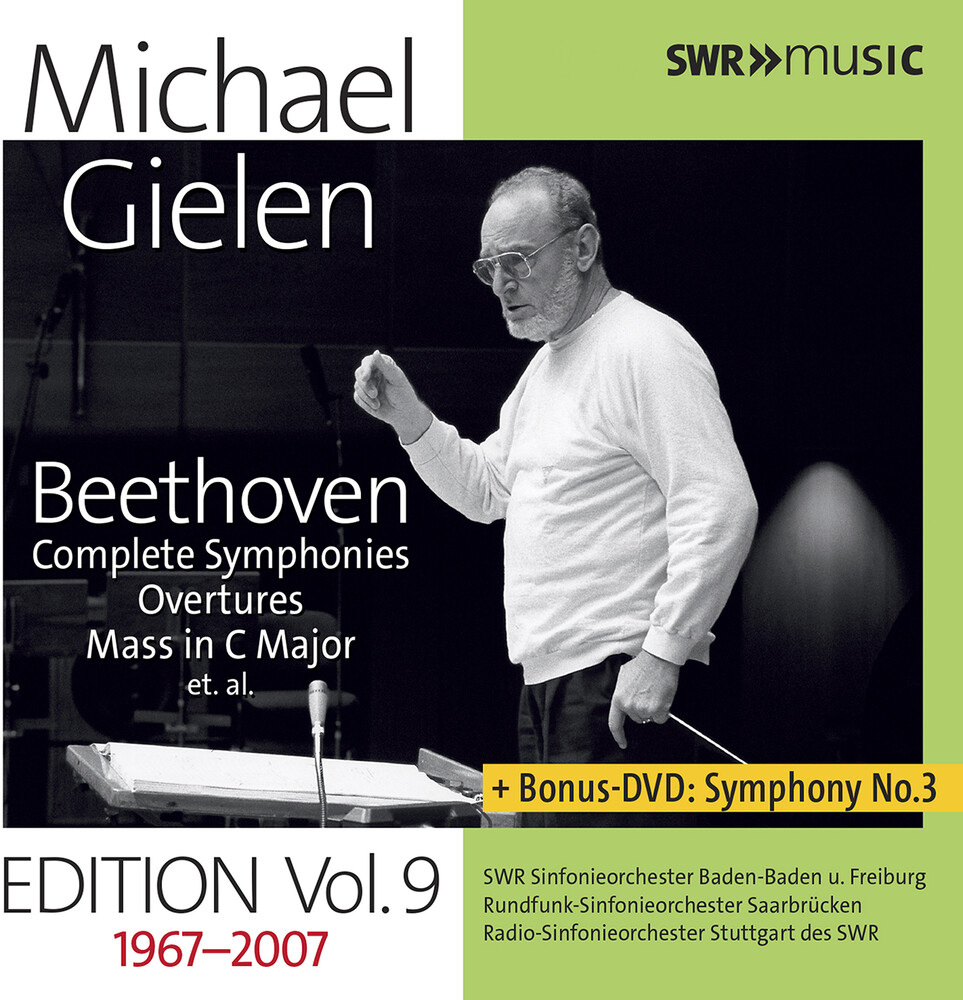 In 2020, the 250th anniversary of Beethoven's birth, Gielen's importance as an interpreter of Beethoven's symphonies deserves to be acknowledged by a separate box set within our edition. For a long time Gielen's core competence was seen in connection with the Second Viennese School, though right from the start of his career as a conductor he had paid particular attention to the First Viennese School - Haydn, Mozart and Beethoven. The new installment of the SWR CLASSIC series is dedicated to the recordings of Beethoven's works. It contains on nine albums the complete symphonies as well as additional recordings of the symphonies 3, 5, 7 and 1 Gielen realized with orchestras other than "his" symphony orchestra Baden-Baden and Freiburg. Several overtures, the C Major Mass and the GroĂźe Fuge arranged for string orchestra are also included.