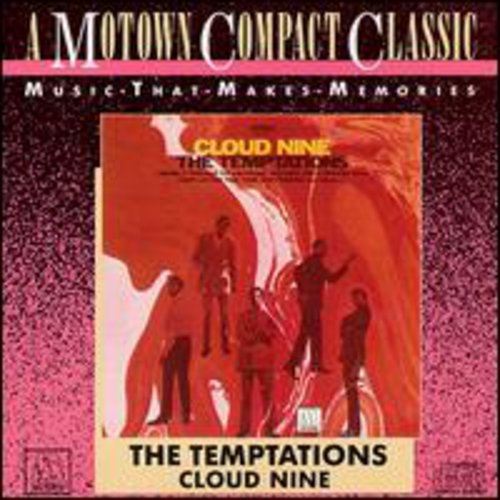 This 1969 LP was not only a smash-it also set the table for the funky soul of the '70s. The huge hits Cloud Nine and Run Away Child, Running Wild join an inspired spin on I Heard It Through the Grapevine ; the silky harmonies of I Need Your Lovin', and more!

''Cloud Nine'' is a 1969 album by American musical group The Temptations for the Gordy (Motown) label.

The album is a watershed for several reasons. It is the first regular Temptations studio LP to feature Dennis Edwards as the replacement for David Ruffin, who was fired in June 1968. In addition, it marks the beginning of the Temptations' four-year delve into psychedelia recording, at the behest of producer Norman Whitfield, in a fusion genre referred to as "psychedelic soul." The album went to number four on the Billboard Pop Albums Chart and the group received their first Grammy Award in 1969. - Wikipedia