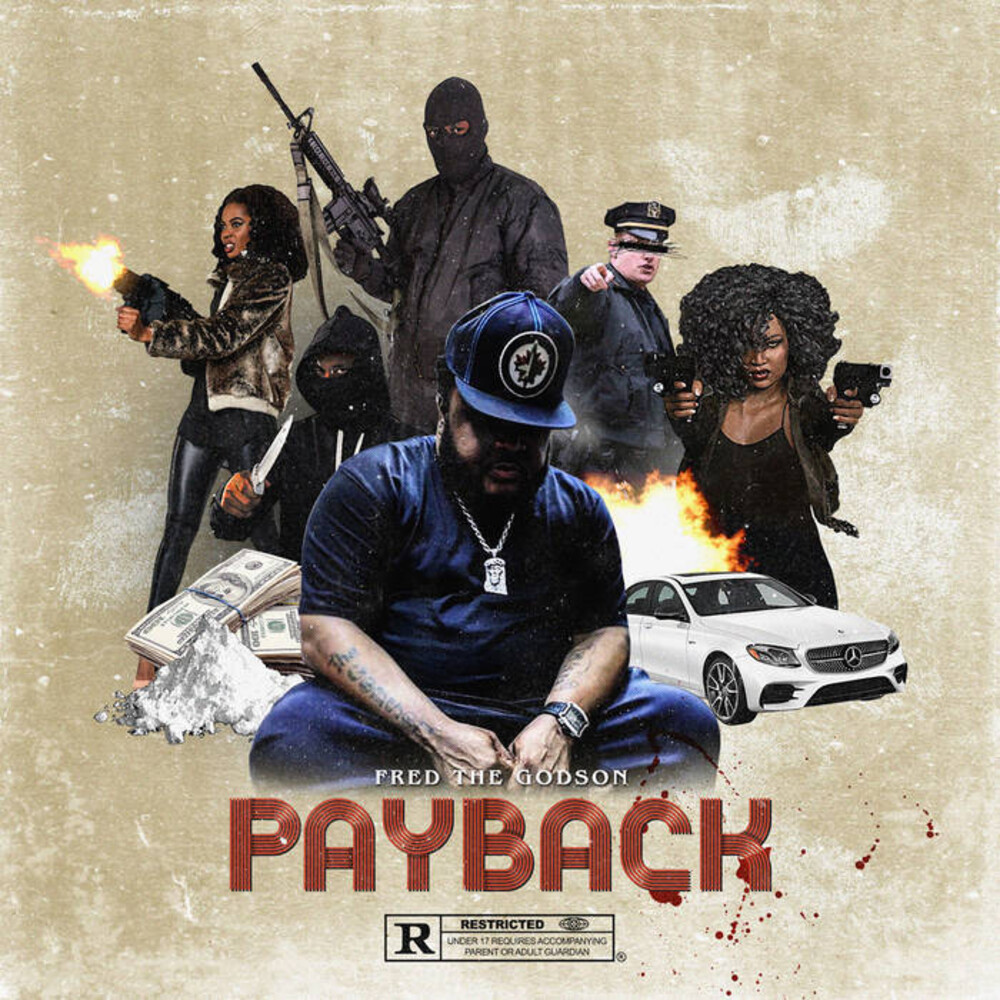 2020 release. The South Bronx rapper Fred the Godson has died on April 23rd, 2020 at the age of 35 after contracting coronavirus earlier in April. Also known as Gordo, Fred has been around for over a decade and, after taking a short break from music, he began making a comeback last year and has stayed highly prolific since. He released two full-length albums last year, a collab LP with Brooklyn vet Joell Ortiz and production duo The Heatmakerz called Gorilla Glue, and his own God Level which also featured a handful of Heatmakerz beats and guest appearances by Benny the Butcher (of the fast-rising Griselda crew), 38 Spesh, Jim Jones, Marc Scibilia, Axel Leon, Bobbi Storm, and Sweetest Voice. Payback is the latest official album from Fred, and the last before he passed on. The first single 'Rae' features frequent collaborator 38 Spesh, and it is dropping on Spesh's imprint Air Vinyl. The album also features Klass Murda on the song 'Sweet Nothings'. It's yet another fine example of throwback New York rap, and an incredible parting shot from the BX lyrical legend His prowess can't be captured with a small sampling of punchlines, and his work should be appreciated in full form. In a March 2020 interview with The Source, Fred the Godson said he'd planned to flood the market with new music this year. Payback was just the beginning for what looked like a breakout year.