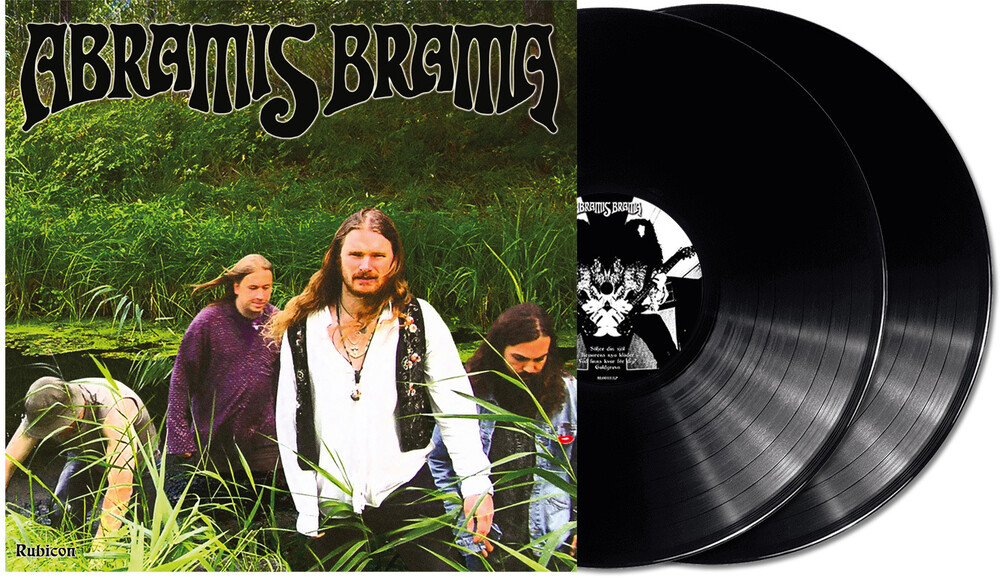 Abramis Brama, named after the latin name for the bream ?sh, hail from the south side of Stockholm, Sweden and has since it's formation in 1997 released seven studio albums and one live album with heavy, ecstatic, riff-oriented hard rock - but with Swedish lyrics, an odd choice at the height of the international stoner rock movement around the turn of the millennium. The quartet consisting of bassist/vocalist Dennis Berg, guitarist Peo Anderson, drummer Fredrik Jansson and original lead vocalist Christian Andersen ?rst recorded a demo of twelve songs in April 1998, followed by debut album "Dansa tokjûÊvelns vals" in 1999. New singer Ulf Torkelsson, formerly of Sun?ower, joined the band after the release of the ?rst album, and has fronted the band ever since. The follow-up "NûÊr tystnaden lagt sig..." hit record stores in early 2001, and featured many of the band's best known songs, and a translation of the Pretty Things number "Cold Stone" into Swedish as "Kall som sten". After being pressured by their label at the time to record an album in English, the band re-wrote the lyrics for their old songs, rerecorded them with producer Per WikstrûÑm and released them as "Nothing Changes" in 2003. For "Rubicon", released in early 2005, the songs were yet again in Swedish. The band added second guitarist Robert Johansson (from tour partners Backdraft) but soon drummer Fredrik Jansson left the band, later joining Witchcraft (and is now in Angel Witch and Lugnet). His replacement Fredrik Liefvendahl (formerly of both Backdraft and Grand Magus) made his debut on record with the band for their "Live!" album. "Smakar sûÑndag", the band's only studio album as a quintet, was released in 2009 and nominated for the prestigious P3 Guld award in Sweden by the national radio organization. Guitarist Robert Johansson left the band in 2011. He was not replaced but instead the band carried on as a quartet. At the end of a European tour in the fall of 2012 bassist and founding member Dennis Berg quit the band. An appearance at the legendary German tv show Rockpalast (where they performed solely in Swedish) was one of his last concerts with Abramis Brama. The band had then already started to write and plan the recordings for a new studio album, and new bass player Mats RydstrûÑm (also from Backdraft, nowadays in Avatarium) joined just in time for the ?rst sessions for "Enkel biljett". The title track was released as a vinyl 7" split single with Norwegian friends Black Debbath in January of 2014, and was followed by the full album in May. Metal Hammer (UK) wrote: "Abramis Brama have the bases covered, and while Sweden isn't in danger of running out of vintage gear retro-rawk shapes, these beardy longhairs have their shit nailed." In the liner notes Swedish linguist and tv personality Fredrik LindstrûÑm called Abramis Brama Sweden's most consistent band: "In order to be consistent, you have to be con?dent. Abramis Brama sings about humanity, onus and existence with a burning commitment that would make Strindberg recant his words that his ?re was the biggest in Sweden." Since then the band has toured all over Sweden and played all the key festivals such as Metallsvenskan, Muskelrock, Getaway, KrûÑkbacken and of course Sweden Rock Festival (for the fourth time). Upon their return to Germany in August of 2017, for the Aquamaria Festival, it became evident that good rock'n'roll is in itself a universal language. In the spring of 2018, Abramis Brama signed with Black Lodge Records and released "Tusen ûËr", which went to #2 on the Swedish hard rock and vinyl charts. Starting in November 2019, celebrating the 20th anniversary of the debut album "Dansa tokjûÊvelns vals", the complete back catalogue will be re-released on vinyl, one record at a time, with expanded cover art and unreleased bonus tracks.
This website uses cookies to personalize content and analyse traffic in order to offer you a better experience.
I accept Learn More
back to top