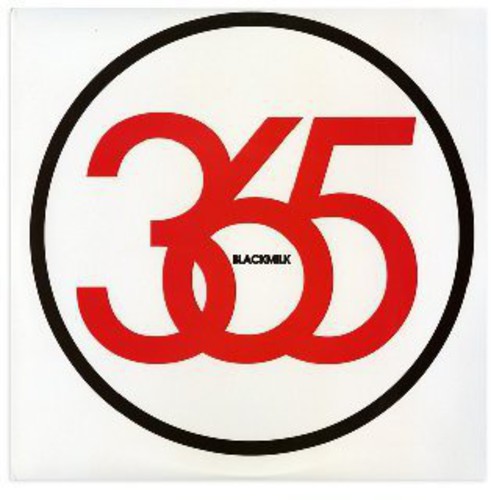 Double vinyl LP pressing including digital download. As the buzz of many of hip hop's young leaders-to-be evolves from loud commotion into hushed whispers, Black Milk has stayed relevant by remaining focused on creating music that endures. He's achieved recognition from fans, critics, and his peers as one of the best producers around, and when coupling that talent with his sharp lyricism and stylish delivery as an emcee, Black has proven to be one of the most vital hip hop artists of his generation. After a difficult 2009 that saw the untimely death of Baatin of Slum Village-who Black credits with jumpstarting his professional career-and the sudden illness and paralysis of his manager HexMurda, Black Milk announced that his new release would be audaciously titled Album of the Year. Black quickly explained that the title was referring to the course of events from the previous 12 months. Far from a melancholic work, Album of the Year once again sees Black Milk working to break new ground in hip hop production, and to both refine and redefine his sound. Other than the heavy contributions from both members of his live band (vocalist/keyboardist AB and drummer Daru Jones), the album exclusively features players and vocalists from his hometown of Detroit, including vocalist Melanie Rutherford, bassist Tim Shellaberger, and the versatile horn player and string arranger Sam Beaubien (who arranged horns and strings on Mayer Hawthorne's A Strange Arrangement). The few guest raps are provided by Royce Da 5'9" (Slaughterhouse), Elzhi, and newcomer Danny Brown.