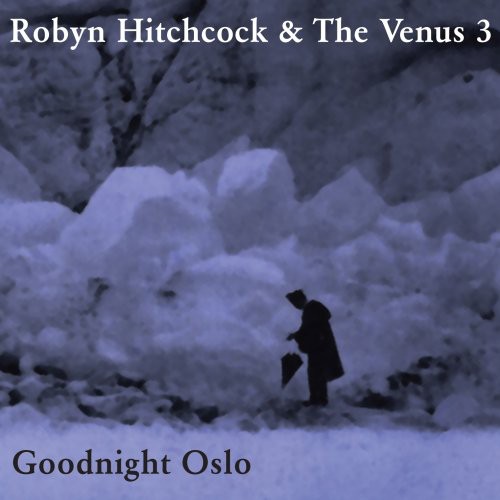 Reinvention reigns supreme in the elastic world of Robyn Hitchcock. His latest incarnation with the Venus 3 (Peter Buck, Scott McCaughey & Bill Rieflin) spawned the critically acclaimed 'Ole Tarantula' in 2006. Three years later this confection of rock stars and underground legends is back in 2009 with the post-modern pop masterpiece 'Goodnight Oslo.'

Stabbing horns from compatriot Terry Edwards swim alongside gorgeous harmonies throughout this snapshot of Hitchcock's version of pop music in a perfect world. 'Goodnight Oslo' features guest vocalists Colin Meloy, Sean Nelson and Morris Windsor who help Robyn sing his way through a dreamy remembrance of 16 years of intoxication. An album of nearly unwavering positivity, 'Goodnight Oslo' shines down with the beautiful ''I'm Falling'' and the beatific ''Up to Our Nex,'' the latter written for the soundtrack to the stirring Jonathan Demme film 'Rachel Getting Married.' A new era in an already fabled career, Robyn's latest work strengthens the pull of his lunar-like gravity and adds yet another chapter to the myth of one of rock music's most influential undercurrents.