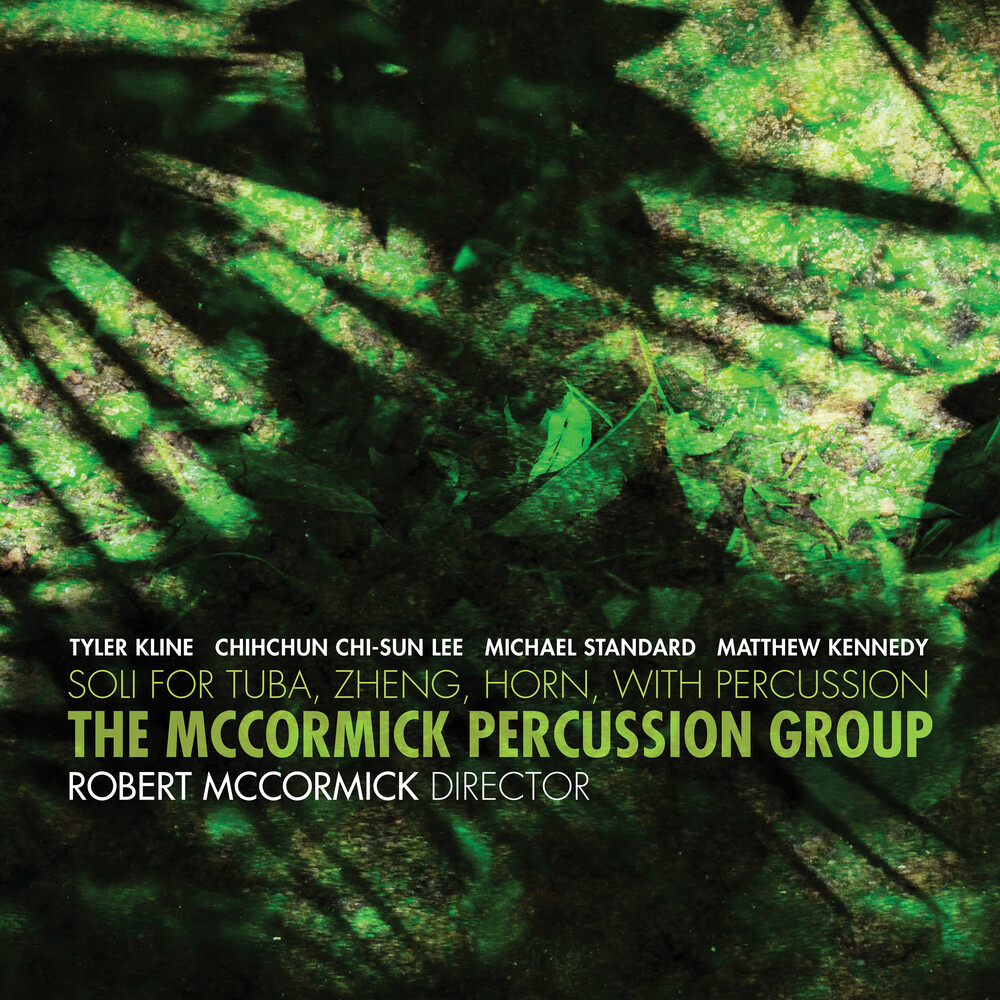 Soli for Tuba, Zheng, Horn with Percussion is percussionist Robert McCormick's tenth album with PARMA Recordings. On their latest album, the Robert McCormick Percussion Group performs five compositions from four distinct composers, each of whom contributes striking works that range from personal to global inspiration. The album opens with Loam, a concerto for tuba and percussion ensemble composed by Tyler Kline. Much of the concerto is texture-based in order to convey the idea of loam, or soil, with some parts of the music reflecting the sound of the earth being tilled. The general arc of the concerto is cyclical, a metaphor for being born from the earth and returning to the earth after death. Chihchun Chi-sun Lee's Double Concerto for Tuba, Zheng and Percussion Orchestra is a unique amalgam featuring zheng, tuba, and percussion. The first movement creates a unifying sense of color, timbre, and gesture. Movement II mainly focuses on the tuba and zheng, while Movement III displays the sound of the tuba, zheng, and percussion in perfect balance. Written by Michael Standard, Stamina for percussion quartet and horn soloist is comprised of three parts: "Fracture," "Rehabilitation," and "Capacity." "Fracture" sees a breaking apart in every element of the music. "Rehabilitation" strings together the previously fractured pitch material in a new way using glissandos. The final stage, "Capacity," uses this new pitch organization to fill the spaces with notes. Following this piece, composer Matthew Kennedy and his In Pursuit of Ghosts explores the journey from one chapter of life to the next through the structure of the three-part concerto. Soli for Tuba, Zheng, Horn with Percussion closes with Zusammenflusses (Confluences), another work by Lee, that captures the differences and similarities of the zheng with the vibraphone and cymbal. Zusammenflusses aptly concludes this new addition to the McCormick Percussion Group's oeuvre, and the album as a whole inspires listeners to explore new and unexpected combinations of sounds to create innovative music.