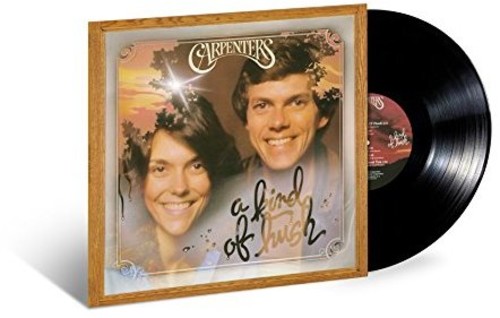 Limited 180gm vinyl LP pressing of this album from the soft pop duo. A Kind of Hush is the seventh studio album by The Carpenters. It was released in June 11, 1976. All three excerpted singles became hits. "There's a Kind of Hush (All Over the World)", a cover of a 1960s song by Herman's Hermits, broke both the UK Top 30 and US Top 20, as well as topping the adult contemporary chart. "I Need to Be in Love" hit #25 in the US and #36 in the UK. "Goofus" cracked the adult contemporary top 10. The Carpenters produced a distinct soft musical style, combining Karen's contralto vocals with Richard's arranging and composition skills. During their 14-year career, the Carpenters recorded ten albums, along with numerous singles and several television specials. Their career together ended in 1983 following Karen's death from heart failure brought on by complications of anorexia.