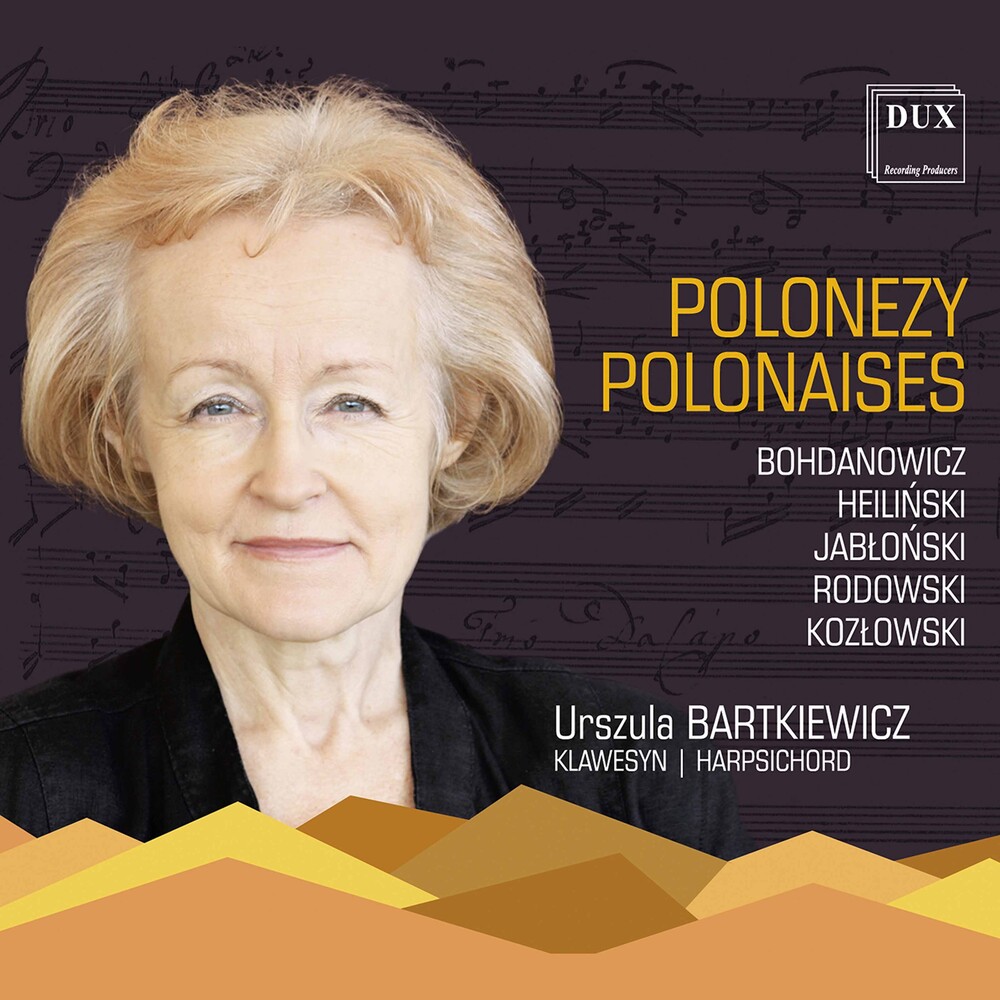 For years, Urszula Bartkiewicz, an outstanding Polish harpsichordist, has been conducting in-depth research on Polish music of the 17th and 18th centuries, specializing in searching, developing and making it available to the contemporary audience. This passion resulted in subsequent albums with Polish harpsichord music (DUX 0630, 0613). The program of the album presents polonaise- like musical forms for keyboard instruments, originating from manuscript and old print collections from the turn of the 19th century - kept in the Library of the Nicolaus Copernicus University in Torun and not found in any other Polish book collection. Their authors are little-known or completely forgotten Polish composers: Bazyli Bohdanowicz, J. Heilinski, Stefan Jablonski, Aleksander Rodowski and JĂłzef Kozlowski. The scores of the polonaises included on the album were published in December 2019 by the publishing house of the Feliks Nowowiejski Academy of Music in Bydgoszcz. The album Polonaises is not only an interesting testimony of the musical culture during the time of Poland's partition; it is also a phonographic premiere of many great music miniatures, co-creating an atmosphere in which, on the one hand, Oginski's compositions were gaining popularity, on the other - Fryderyk Chopin's taste and sensitivity were taking shape.