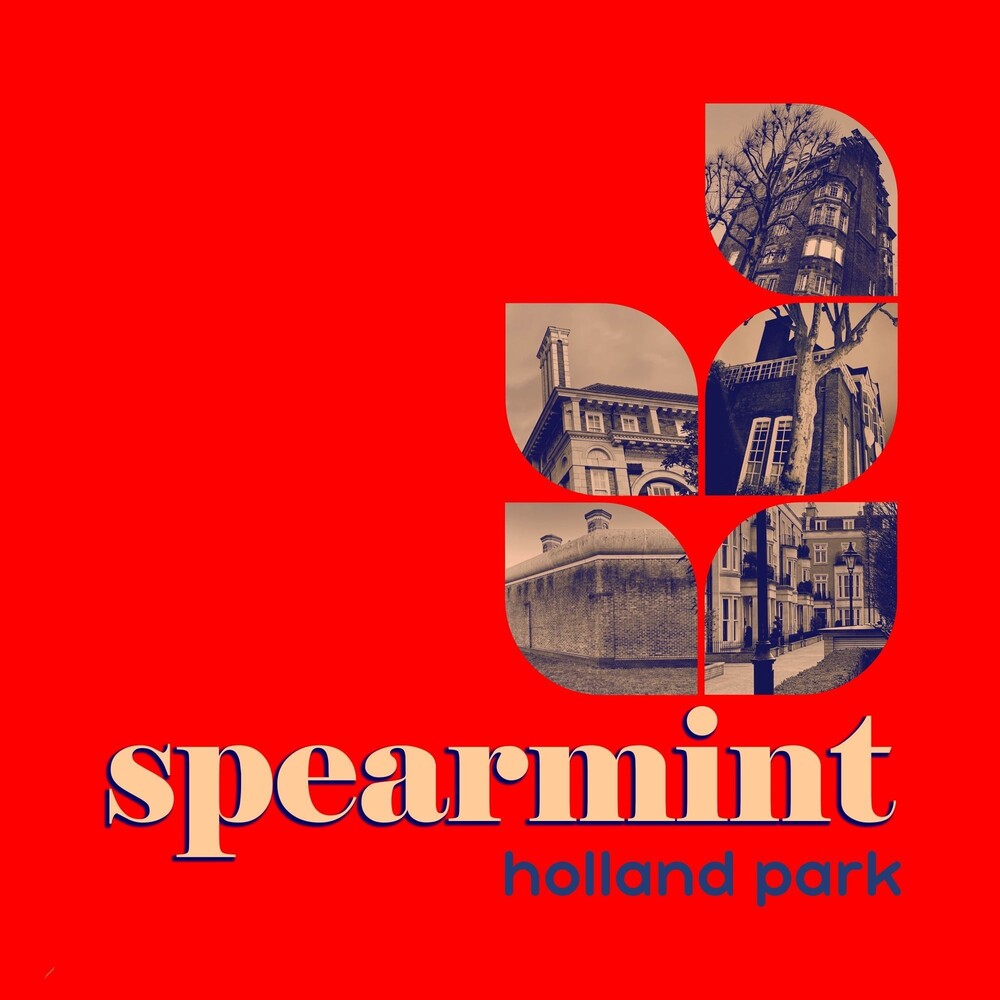 Limited double gatefold 10" vinyl with 24-page lyric book. London-based Spearmint return this year with the follow-up their acclaimed 2019 album 'Are You From The Future?': the ambitious, uplifting new album 'Holland Park'. Often referred to as 'Britain's best kept secret', Spearmint have been making great albums for a couple of decades now: this will be their ninth album proper. Still the same line-up: Shirley Lee (singing, guitar), Simon Calnan (singing, keyboards), James Parsons (guitar, bass) and Ronan Larvor (drums). This album will be the 57th release on their own hitBACK label. 'Holland Park' explores what it's like to be in a band, what it's like to have walked away from being in a band, what music means to all of us, and how it feels to lose your heroes. The spirit of Bowie hangs over the album. Singer Shirley says "What would the other members of the Spiders From Mars say now about their lives if we tracked them down? I don't mean Bowie's band, I mean Ziggy's band." Re-united with producer Rhodri Marsden (Scritti Politti), and with contributions from Rhodri and Andy Lewis (Paul Weller), the band feel that this record is their best yet. The album tells the story of Shirley's father's prog band in the early 70s: "They never made it, and there's nothing online about them, so it's down to us to tell the story." It will be preceded by three 7" singles with accompanying videos: 'Walk Away From Hollywood, 'Bundunyabba Blue' and 'Since Bowie Died'. London-based Spearmint have been quietly getting on with making great albums for a couple of decades now. Still with the same line-up. Often referred to as 'Britain's best kept secret', the band have resolutely ploughed their own path. Their single-minded search led Joseph Gordon Levitt to bemoan "I don't want to live in a world where no-one's heard of Spearmint" in the movie '500 Days of Summer' (itself inspired by the band's 'My Missing Days' album) and led U.S. publishers Image to issue a coffee-table book of graphic novellas based around Spearmint songs. Singer Shirley says "We've never been part of a movement, or part of a scene, we've been on our own all the way... and we still are. It sometimes makes it hard financially, but it's worth it. We've been happily ignored most of the time, but it's allowed us to just get on with it." As a result, the band sound as fresh now as they did on their debut album 'A Week Away' which featured the indie classic 'Sweeping The Nation'. Here's what the press said about Spearmint's last album: "Contender for the end of the year best-of lists. I could pick every single track here as a highlight. This guy could sing the phone book." Louder Than War // "It's one of the best albums of the year." God is in the TV // "Sweeping, swooping strings, swooning, mooning wordsmithery, the right side of twee and never dull nor dumb, cleverly literate with literal endeavours. What more could you ask for?" * Music News // "Spearmint's 'Future' vision fizzes with energy and charm vibrantly alive in the here and now." * Record Collector // "One of the great unsung indie-pop bands of the last 20 years." Arts Agenda // "Clever pop, big tunes - this band is a hidden gem." Vanguard Online // "Spray your listening space in an adorable sunny feel good radiance. Resistance as they say, is useless." The Sunday Experience // "The world would clearly be a better place if more people knew about Spearmint. "Sonic Breakfast // "Grab this album, crank up the volume and dance barefoot round the kitchen