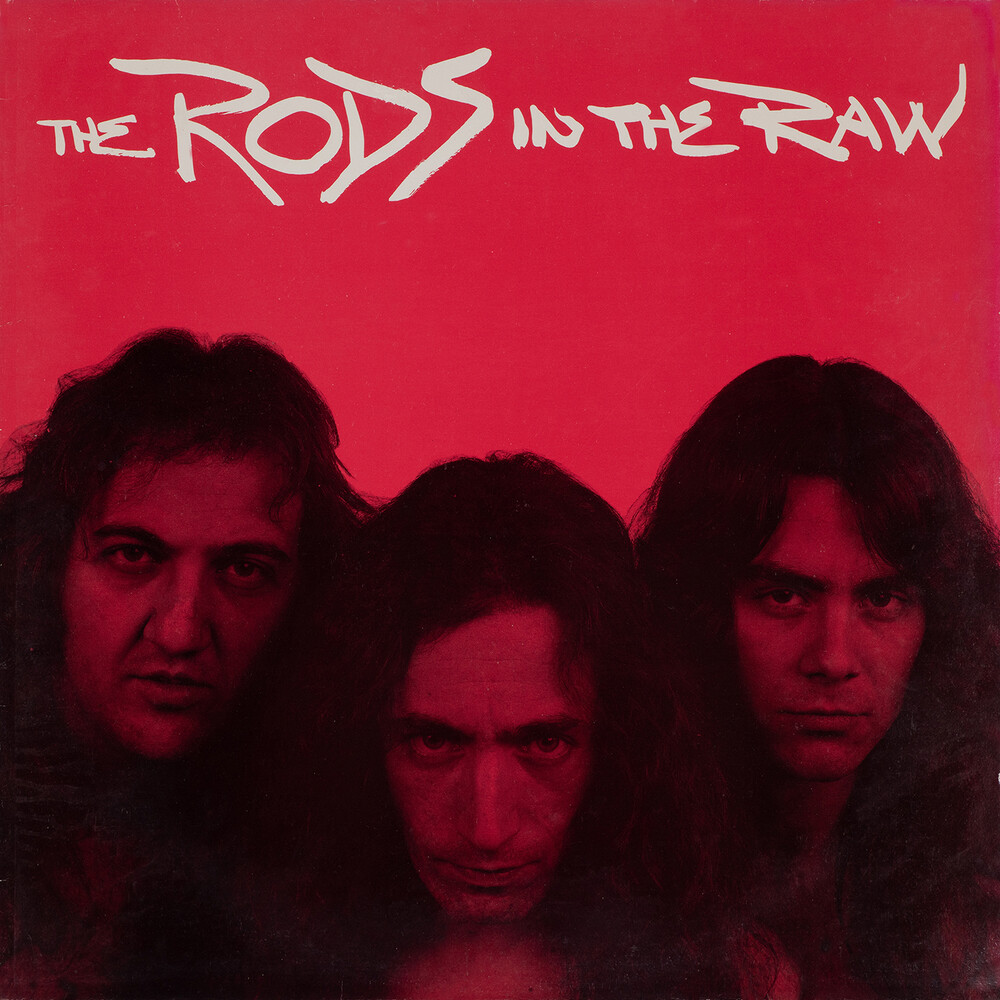 Special Deluxe Collector's Edition / Fully Remastered Audio shaped from 24 BIT digital technology / 5 bonus tracks / 16 page full color booklet - 3,500 word essay, enhanced artwork with previously unseen photos and new interviews. POWER TRIO The Rods formed in Upstate New York during the late seventies and achieved the distinction of being one of the very few hard rock bands to have signed, in 1981, with major label Arista records under the counsel of industry heavyweight Clive Davis. The band also secured much support from the heavy metal underground, which helped them to establish a solid beachhead of two albums that the fans enthusiastically connected with. Sadly, in the big picture, Arista's lack of expertise in the hard rock world left the band floundering and commercially underachieving. By the time of 'In the Raw' the band had departed from Arista and turned instead to well-respected independent label Shrapnel, helmed by guitar aficionado Mike Varney. It was, in many respects, an inspired move, despite the fact that the album was recorded on a shoestring budget with the intention to re-record it later for bigger label. So, in effect the tracks are little more than demos but the energy and enthusiasm is brilliantly captured and showcases the band in a raw (hence the title!), undiluted and resolutely determined fashion. Despite the lack of studio finesse the songs are perfectly formed, the band having rehearsed them to achieve the maximum effect. Tracks such as 'Hurricane', 'Witch's Brew', 'Street Fighter' and 'Hot City' showing what a powerful unit the band had grown into. The album eventually appeared in 1983, a year after they had supported Iron Maiden on a full UK tour, a set of dates that enhanced their reputation as one of the best US bands following in the NWOBHM slipstream.
back to top