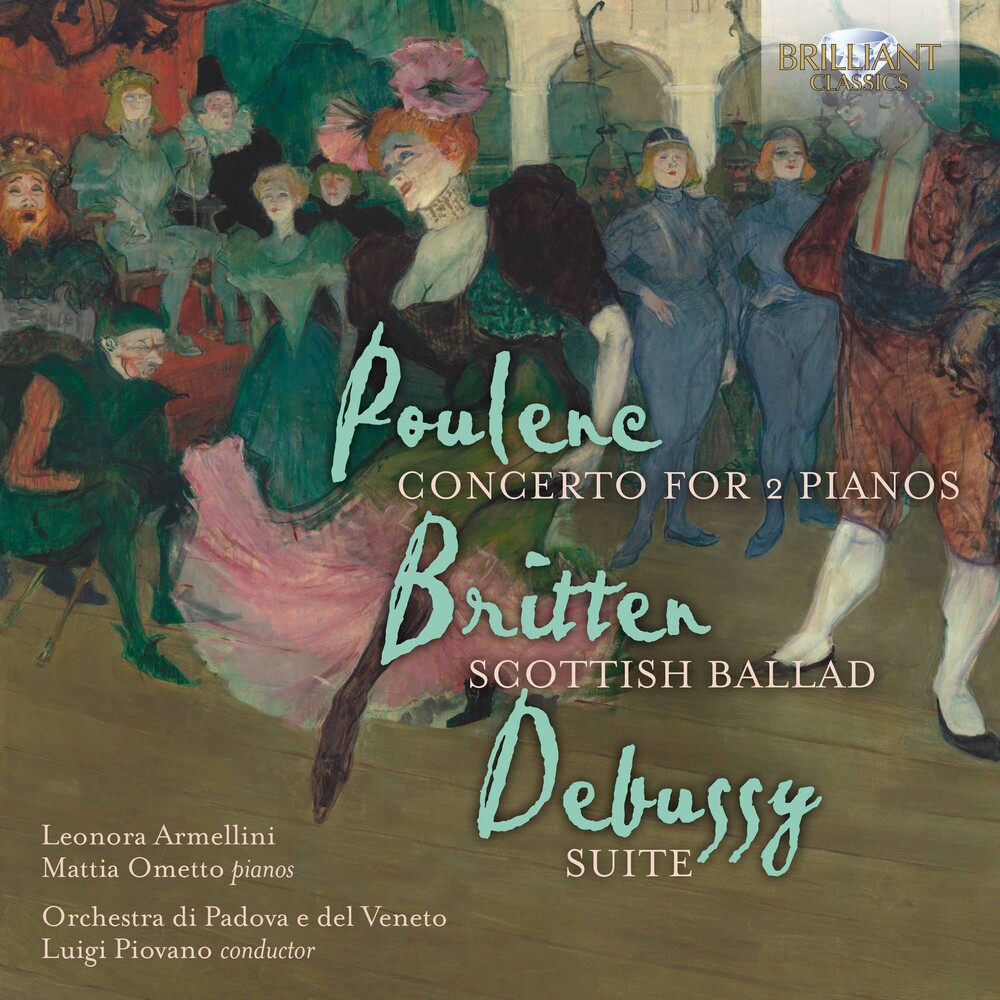 From Javanese gamelan to Mozart, from nursery rhymes to passionate outbursts, from primitive percussion to the cafĂ© chantant, Francis Poulenc gathered up almost all the formative influences on his style in his Concerto for Two Pianos of 1932. Aside from Mozart, there is also an evident allusion to Ravel, in particular to the two piano concertos, which were published and performed in the same year. Yet the originality of the concerto is never in doubt; the deep feeling and light touch of the central Larghetto bear Poulenc's fingerprints as clearly as the final gallop home. Much less familiar is the Scottish Ballad composed in 1941 by Benjamin Britten as a free fantasy for two pianos and orchestra based on a number of Scottish tunes, including 'Dundee', 'Turn Ye to Me' and 'Flowers of the Forest'. A lamenting funeral march is followed by a flamboyant Highland fling, in which Britten parodies 'Scottish' music in a display piece of great wit and vitality. This unique compilation concludes with a two-piano piece in which the orchestra is 'silent': the Premiere Suite written with orchestra in mind by Debussy in his early 20s. However, the orchestral score was lost for many years - even this two-piano version was only published in 2008 - and it's four movements show Debussy's language in the act of formation: unmistakably French, and harmonically novel for it's time, but still working in self-contained forms - a toccata, a ballet, a shimmering nocturne and a tumultuous final bacchanale.
back to top