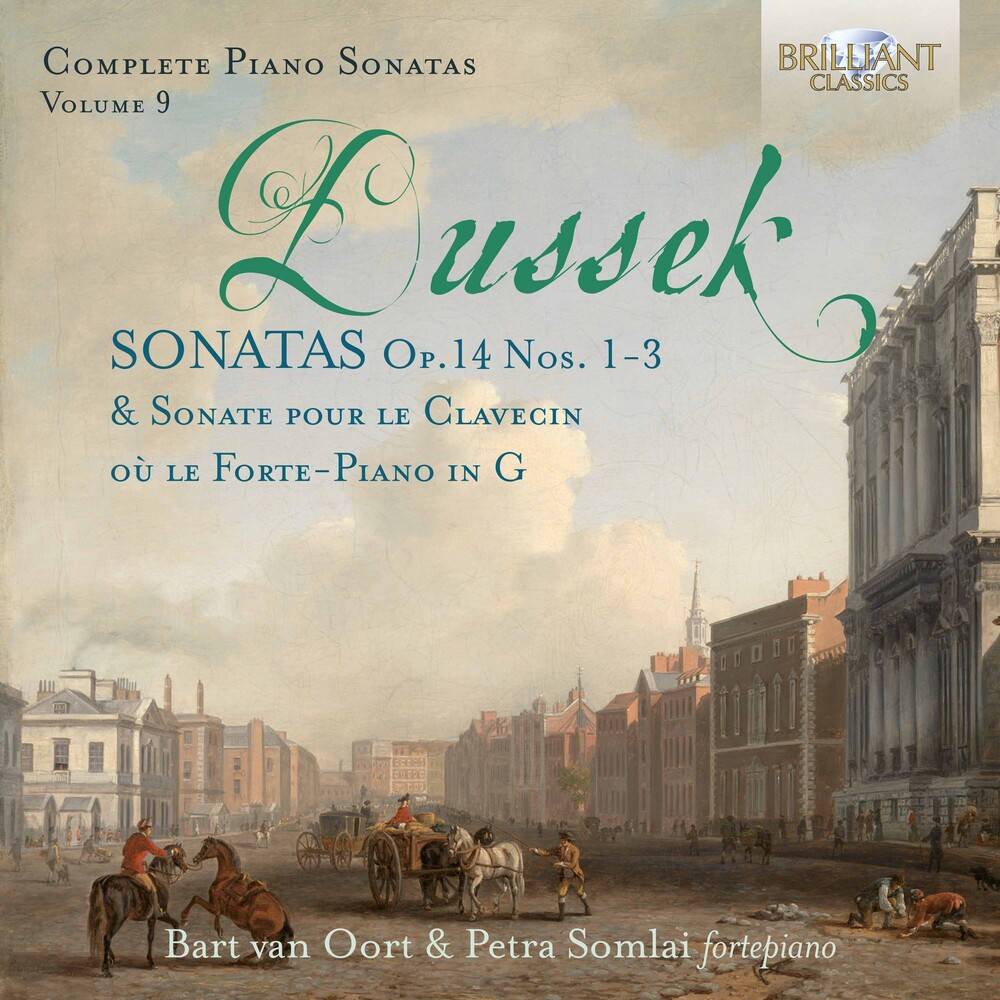 Dating from Dussek's years in London, where he fled from the aftermath of the French Revolution, the trio of Op.14 sonatas (1791) belongs to the same genre of 'accompanied sonatas' as Opp. 9 and 10. Designed for performance by accomplished, aristocratic amateurs, these works have ad libitum violin parts, to be played (or not) by a gentleman, while a lady could amuse herself with the technically stiffer demands of the keyboard part. Indeed the violin parts filled in by Dussek are often so insubstantial that the works can in truth be considered keyboard sonatas, full of pianistic, brilliant, soloistic writing. The separate G major sonata was composed in 1788, while Dussek was still in Paris: a technically challenging and musically forward-looking work which already bears some of the early 19th-century impressionism that would become a feature of early 19th-century piano music in England. There are always surprises around the corner in these sonatas - harmonic twists, flourishes, sudden pools of pathos - but Dussek places them in the context of taut and familiar sonata forms: he takes the ear on strange journeys, but keeps the listener company while doing so. Bart van Oort is one of the Netherlands' most renowned exponents of 'historically informed' performance of Classical-era keyboard repertoire, with a catalogue on Brilliant Classics that encompasses the complete piano music of Mozart (94198), many of Haydn's sonatas (95298) and early Romantic repertoire by Chopin and John Field (92202), among others. He is joined here by the Hungarian-born pianist Petra Somlai, professor of fortepiano studies at the Royal Conservatory in Den Haag.