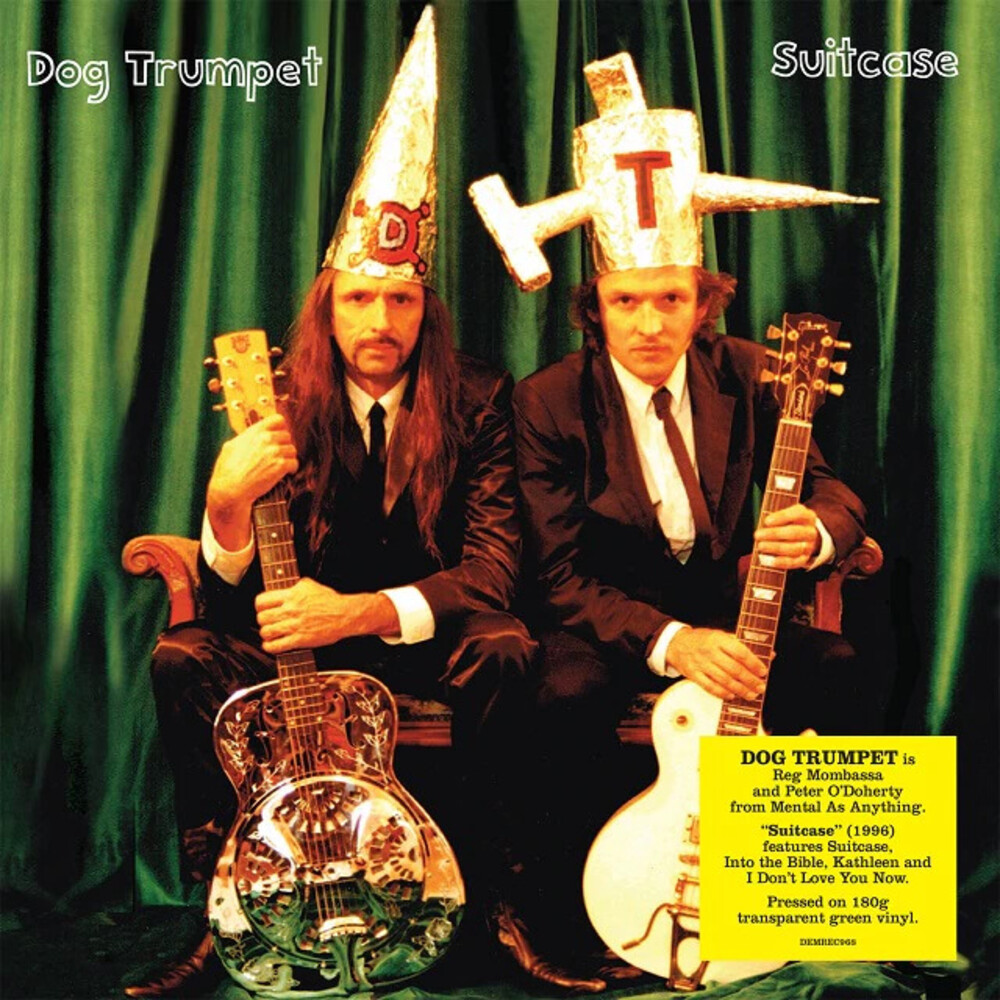 Limited 180gm transparent green colored vinyl LP pressing. Fronted by brothers Peter O'Doherty and Reg Mombassa, Dog Trumpet have been playing, writing and recording their music since the early' 90s. Reg and Pete were founding members of iconic Australian band Mental As Anything, who hit the charts around the world with "Live It Up". The band made a mark with their left field mix of music, art, video and humor and leading eventually to ARIA awards and induction into the Hall of Fame in 2009. Released in 1996, Suitcase was their second album, and features "Suitcase", "Into The Bible", "Kathleen" and "I Don't Love You Now".