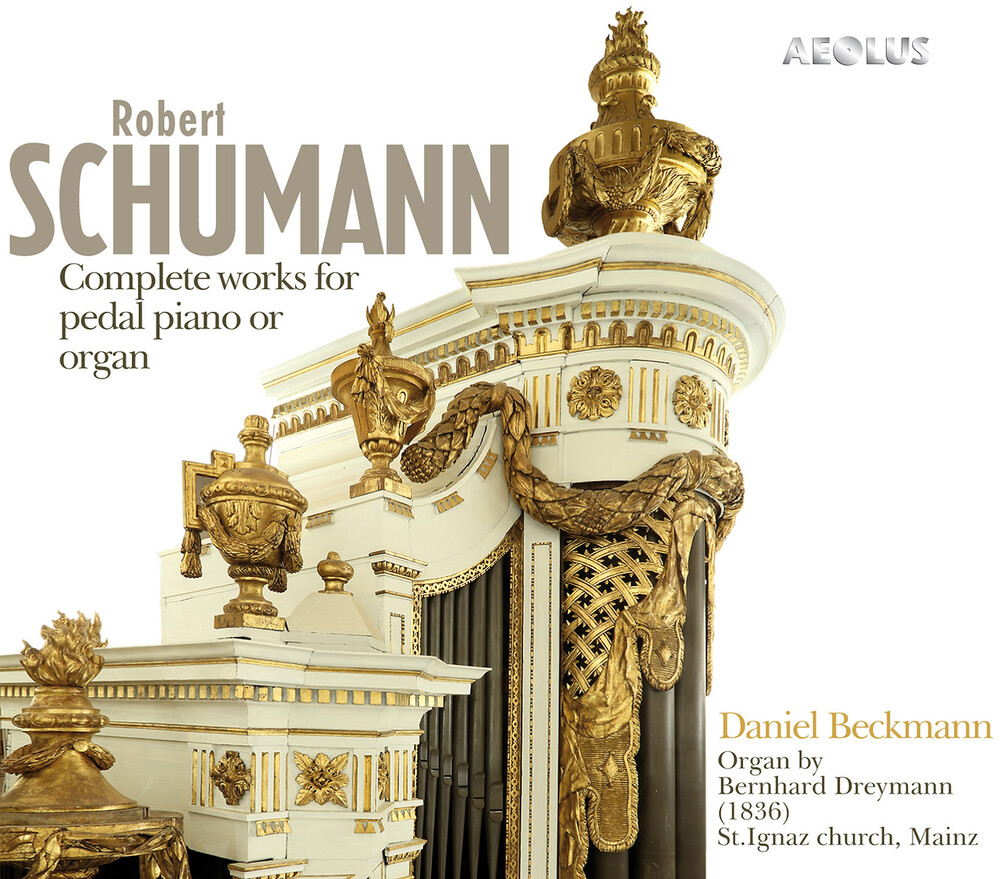 The cathedral organist Daniel Beckmann from Mainz has assembled original organ works by Schumann and works for the pedal piano, which the composer worked intensively on in Dresden in 1845. The instrument used was built in 1836 by Bernhard Dreymann for St. Ignaziuskirche in Mainz and represents very well the upheaval in German organ building away from the baroque tradition and towards the romanticism. Daniel Beckmann was appointed as the principal organist at the age of 29 at Mainz Cathedral by Cardinal Lehmann in 2010. In this capacity he is responsible for the liturgical and non- liturgical organ music in the cathedral. Prof. Beckmann initiated the Internationaler Orgelsommer, an international organ festival and the monthly OrgelmatinĂ©e. Currently, his focus is on the major renovation of the cathedral organs. In 2014, Daniel Beckmann started teaching an international organ class at the Mainz School of Music, an integral part of the Johannes Gutenberg University Mainz. An active concert activity has led him to well-known organ and music festivals in Germany and abroad. Daniel Beckmann has been awarded several prestigious prizes: the 1st prize at the International Organ Competition of Saint-Maurice (Switzerland/2009), a scholarship of the "Deutscher Musikwettbewerb" (Berlin/2005), the membership of the 50th National Selection of Young Artists of the "Deutscher Musikrat", the Kulturpreis des Kreises Olpe 2011 (cultural award of his home county Olpe) and the nomination as first "Mainzer Stadtmusiker" (2016).