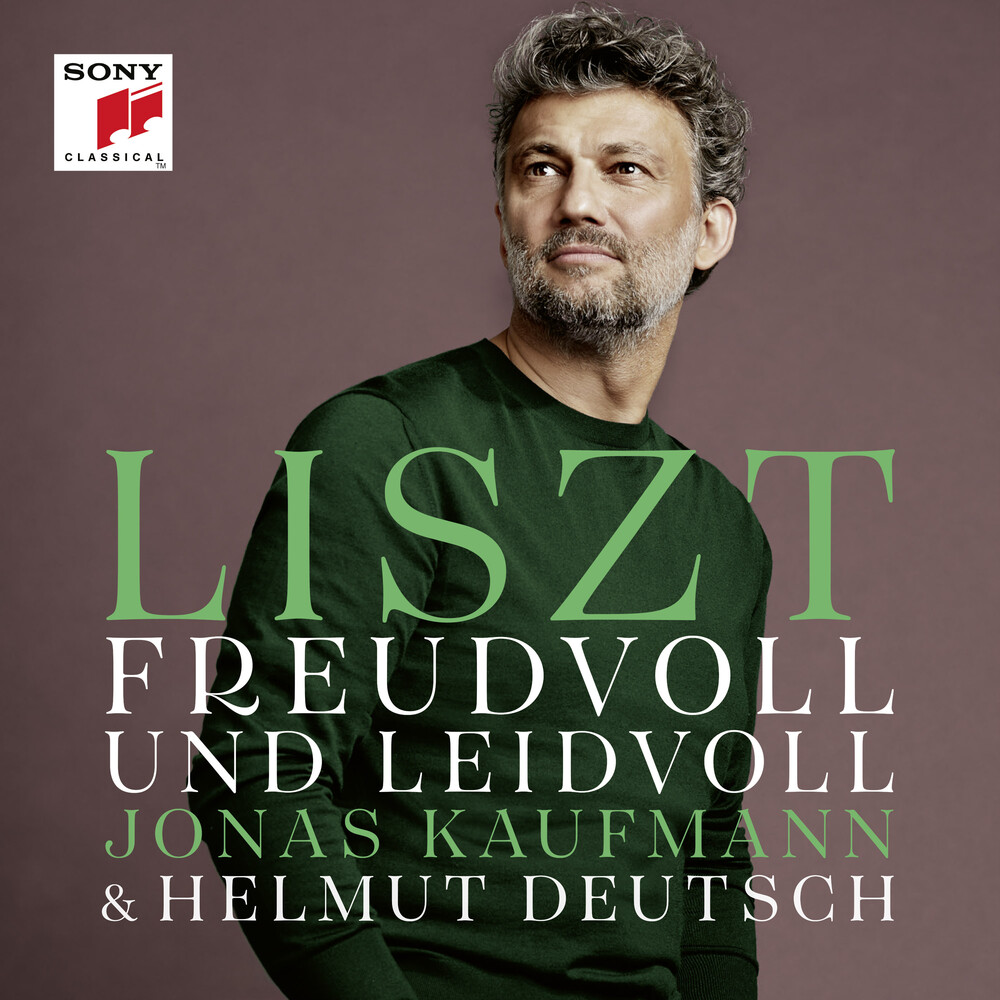 Jonas Kaufmann's new albumFreudvoll und leidvoll (Joyful and sorrowful)The tenor joins forces with pianist Helmut Deutsch to perform a programme of songs by a largely neglected lieder composer, Franz Liszt.After their album Selige Stunde, Jonas Kaufmann and Helmut Deutsch used the lockdown necessitated by the coronavirus pandemic, to make a further series of recordings. Their second album of songs is devoted to Franz Liszt, a composer for whom both feel a special affinity and whose music has long featured in their shared concert career. Together with a group of six other songs including Vergiftet sind meine Lieder, Der KĂ¶nig von Thule and Ihr Glocken von Marling, the demanding Petrarch Sonnets have been a part of Jonas Kaufmann's repertory for many years, while Loreley, O lieb, solang du lieben kannst and Es muss ein Wunderbares sein are among his regular encores. As he himself explains, the process of studying lesser-known "jewels" such as Goethe's eponymous Freudvoll und leidvoll, two versions of which are heard here, has been a period of intense discovery, during which time he has learnt to value these songs more than ever:I'm very pleased that our enforced rest made this album possible - under normal circumstances it would probably not have come into existence quite so quickly. As a result we were able to record not only those Liszt songs that we had already tried out in the concert hall but also a number of others that until now have been overshadowed by Liszt's "great hits". Among them, pride of place goes to Die stille Wasserrose, which I find more beautiful the more often I hear it. I'm very grateful to Helmut for introducing me to these songs, and I think there will be many listeners who share my delight in these discoveries.For Helmut Deutsch Liszt was one of the great idols of his youth, alongside Elizabeth Taylor and Herbert von Karajan:Thanks to these jewels, Liszt deserves to occupy a leading place in the history of the art song, and yet even today he is denied this status. It is a source of tremendous pleasure for me that I have been able to share my enthusiasm with Jonas Kaufmann and persuade him to record an entire album with me.