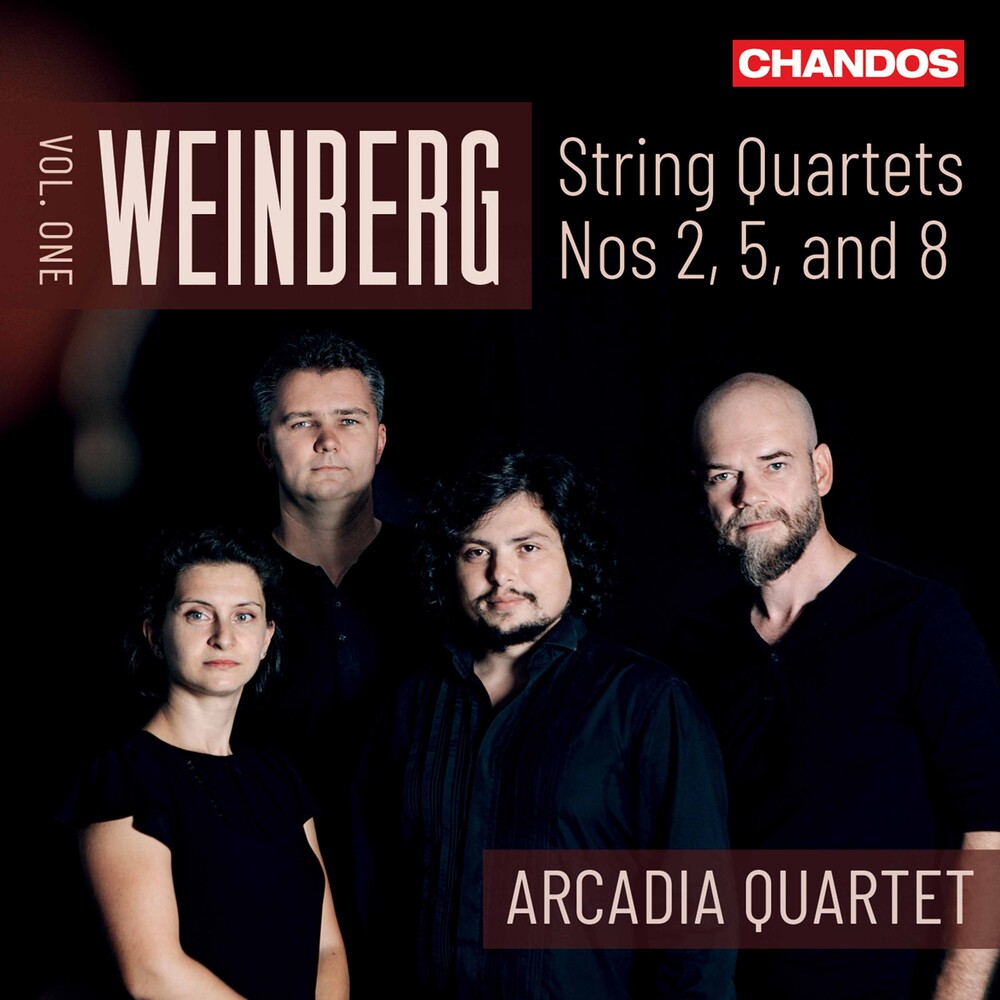 The seventeen string quartets of Weinberg span nearly half a century, from his student days in Warsaw to the end of his career in Moscow, and show his development as a composer more clearly than his work in any other genre. The Second Quartet, composed in 1939 - 40 whilst studying in Minsk, was dedicated to his mother and sister, who he would later learn had not survived the German invasion of Poland. Quartet No. 5, of 1945, was the first in which he added titles to each movement, and reflects the influence of Shostakovich over the young composer. The final quartet in this programme - No. 8 - was written in 1959 and dedicated to the Borodin Quartet. For many years the best-known of Weinberg's quartets in the west, this single-movement work is divided into three sections with a coda. The Arcadia Quartet is a passionate advocate for these quartets, writing: '[Weinberg's] music is like a glow of light surrounded by the darkness of the unknown, and it quickly became a goal of ours to attempt to dilute these shadows. With every recording and every live performance of his music, we intend to shine some light on this wide-ranging, profound phenomenon, which has remained overlooked for so long, and we hope that, with time, Mieczyslaw Weinberg will take his rightful place in the history of music.'