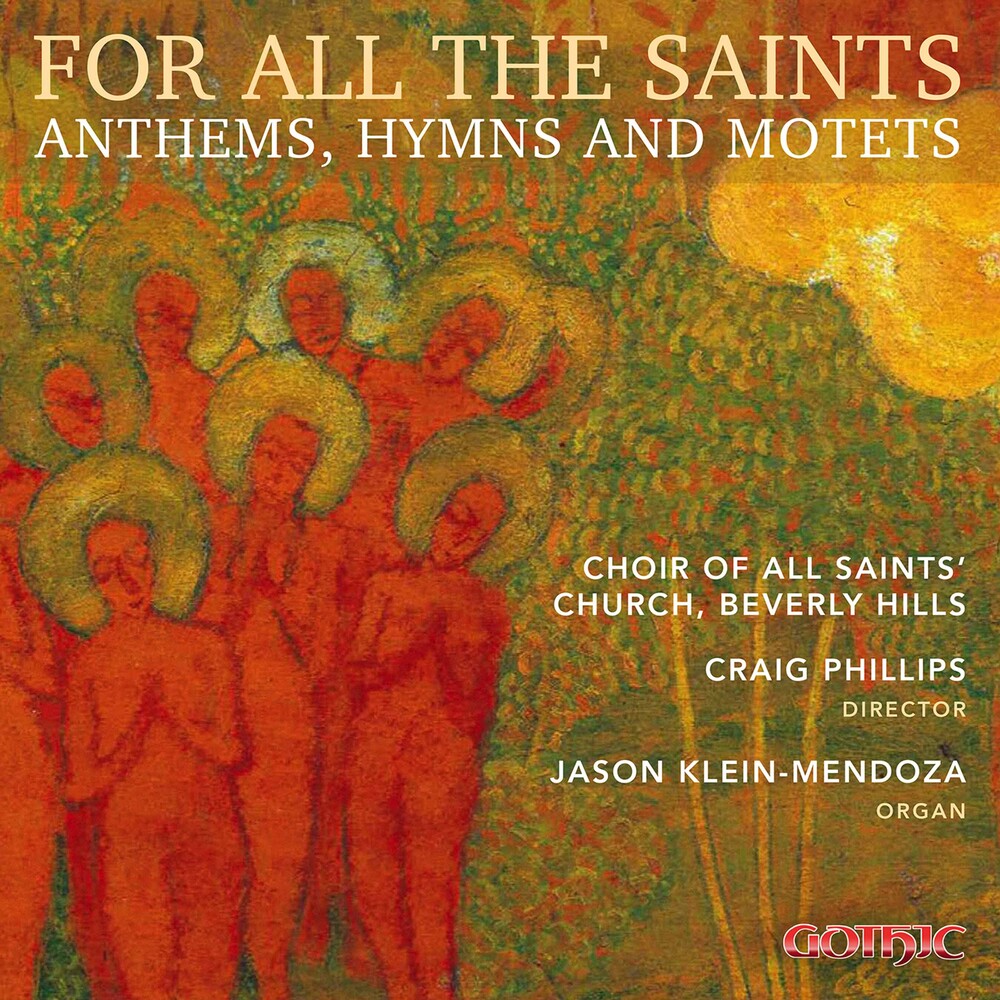 For All the Saints
Artist: For All The Saints / Various
Format: CD
New: Available $18.99
Wish

Craig Phillips, a leading composer of new American Anglican choral music, is presented here in his first album as a conductor. The program of music for All Saints' includes the iconic hymns "For All the Saints" and "Amazing Grace," contemporary motets by Tavener, PĂ¤rt and four premiere recordings of Phillips' new compositions. Craig Phillips is a distinguished and popular American composer and organist and Director of Music at All Saints' Church, Beverly Hills. His choral and organ music is heard Sunday by Sunday in churches and cathedrals across the United States, and many of his works have been performed in concert throughout North America, Europe and Asia. He was named the American Guild of Organists Distinguished Composer for 2012 - the seventeenth recipient of this special award. Dr. Phillips joins an illustrious list that includes past honorees Virgil Thomson, Ned Rorem, Daniel Pinkham, Stephen Paulus, David Hurd and others. In 2015 Dr. Phillips was named an honorary canon of the Cathedral Center of St. Paul, Diocese of Los Angeles, at a gala event at Walt Disney Concert Hall, and in 2016 he was awarded an honorary Doctorate from Virginia Theological Seminary.
back to top